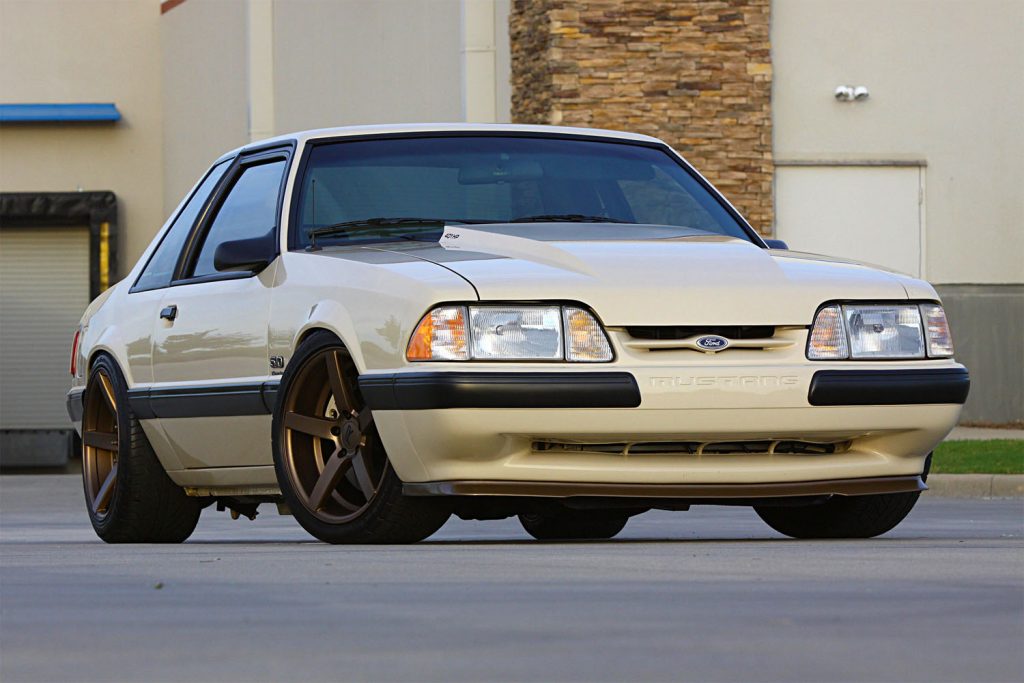 If you had to pick a color to paint your Mustang, the shade used on the 1987 Ford Mustang LX owned by Robert Miller isn’t the shade you’d likely pick from the color chart. It’s a boring beige. The car is so beige that it’s been named Sandy.

Take a close up, myopic look at the color, and you might think the car is boing too. Zoom out a bit, and you can see clearly that Sandy is working that boring beige color called Sand Beige 8L. Other than the paint color, the car is a beast. It’s a factory 1987 Mustang LX notchback, which you don’t see many of today. The transmission is a Tremec TKO with a Spec clutch and a Ford Performance aluminum driveshaft. Under the hood is the same beige paint, and the entire build is very well done. There are no performance numbers offered for the car. A lightweight Fox body 1987 Mustang LX with 401 horsepower should be a mover. This car looks like it would be as at home on the road course as it is on the drag strip. We’ve seen some nice Fox body Mustangs lately, check out this 1992 LX convertible. 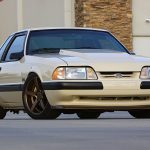 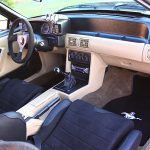 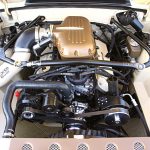 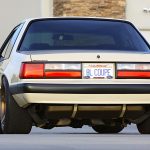