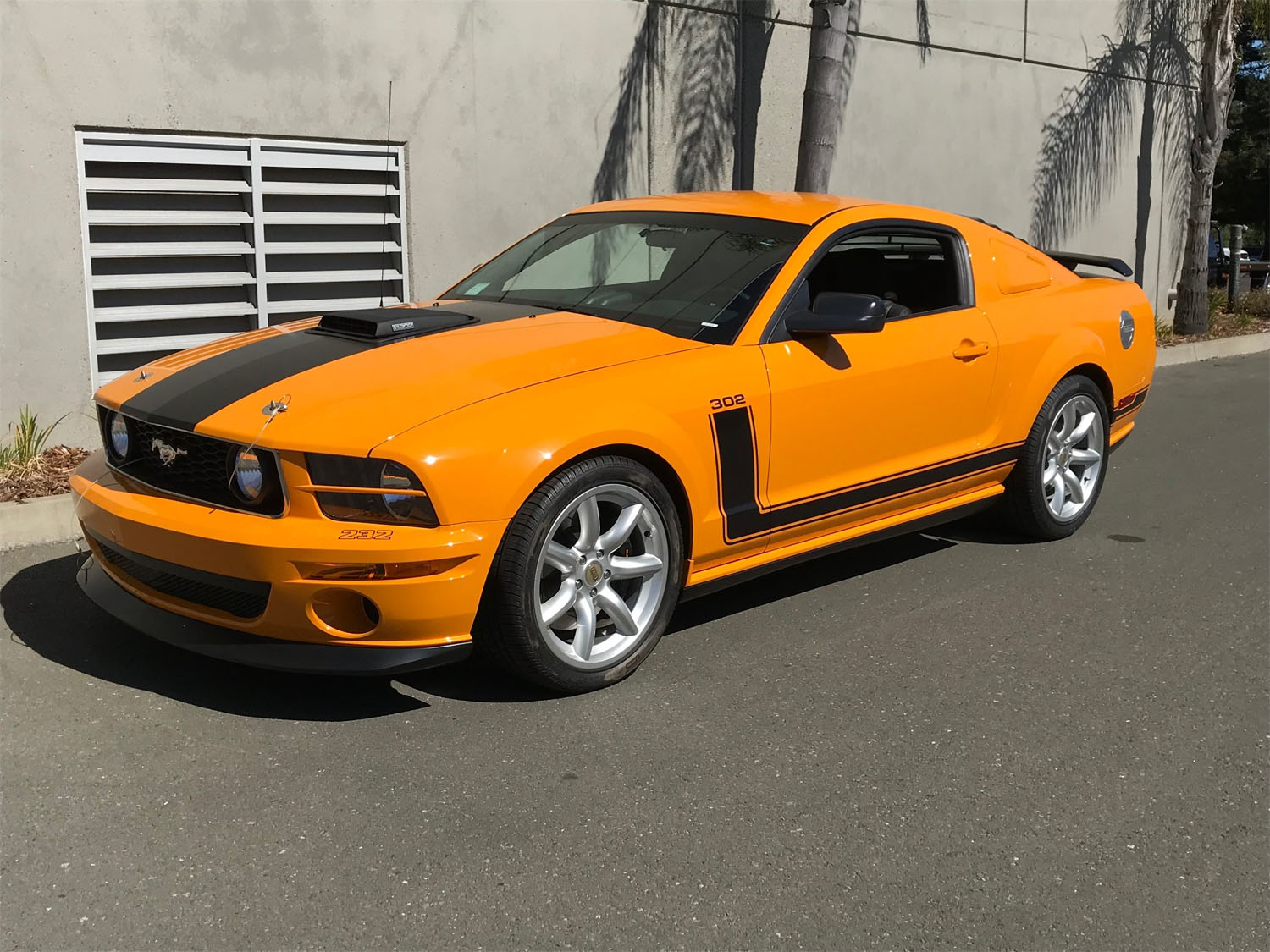 In the world of Mustangs, Saleen has made some of the coolest cars. In 2007 when the Mustang to have was the S197 version with its retro looks, Saleen stepped up and did something very cool to celebrate Parnelli Jones. Jones was a legendary race driver and winner of the Indianapolis 500.

To celebrate, Saleen made a limited run of 2007 Saleen Mustang Parnelli Jones Edition cars. There were 500 of the cars made, and each one of them had its build number on the front bumper under the driver’s side headlight. Saleen fitted the car with a Saleen-built three-valve 302 cubic-inch V8 engine. The S197 Mustang used a 4.6-liter V8 by default. To get the extra displacement, Saleen gave the 2007 Saleen Mustang Parnelli Jones edition forged aluminum pistons, forged aluminum heads, and used a forged aluminum flywheel. The pistons were connected with forged rods, and the car was tuned by Saleen to produce 400 horsepower and 390 pound-feet of torque.

The car also received Racecraft suspension with a Watts Link and upgraded shocks and struts. Wheels for the package were 19-inch Saleen offerings with sticker and wider tires and 4-piston Saleen brakes. The car in the images here appears in perfect condition, with only 87 miles on the odometer. It is build number 232 out of 500, and while the listing says 6-speed manual, that is incorrect. The transmission was a 5-speed close-ratio Tremec transmission. The grabber orange hue is the only color the cars came in. We particularly like the shaker hood scoop that the cars are fitted with. The seller is asking $42,000 for this low mile 2007 Saleen Mustang Parnelli Jones Edition. Each car is supposed to have a dash signed by Steve Saleen and Parnelli Jones. We recently drove a Saleen Mustang S302 and liked it.