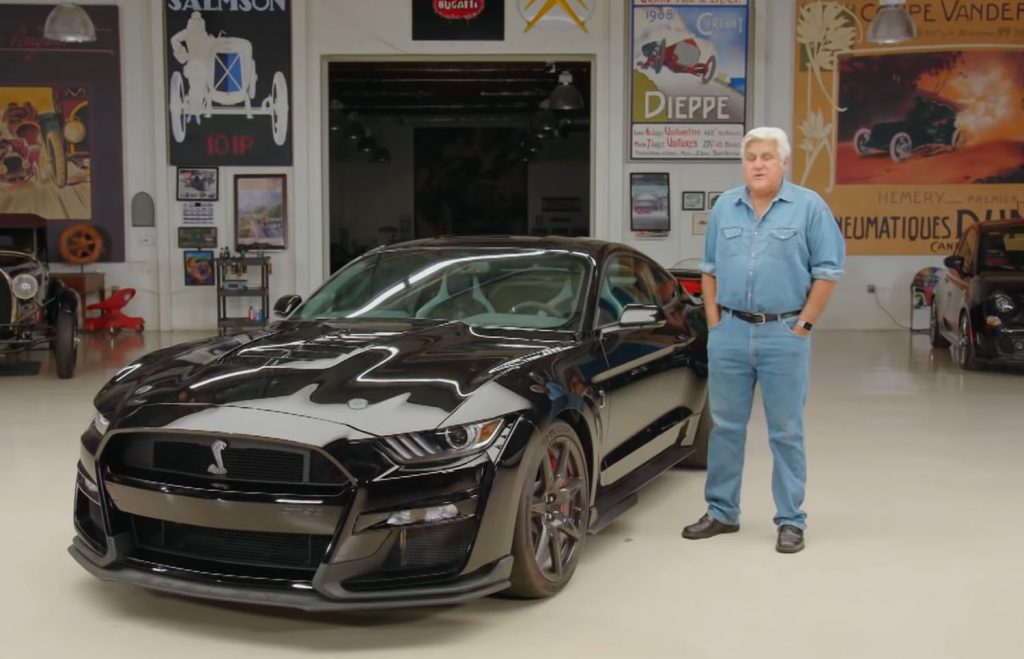 Jay Leno has a pretty tough life with all the cool cars he gets to tinker with. He also has a popular online show, Jay Leno’s Garage, where he talks about cars. Jay was lucky this week when Ford Director of Icons, Dave Pericak, came by and brought a 2020 Ford Mustang Shelby GT500 with him. We already know everything about the car, but it’s nice to see one driven and hear it growl.

The 2020 Ford Mustang Shelby GT500 makes 760 horsepower from its 5.2-liter cross-plane crank Predator V8 that has a big Eaton TVS supercharger bolted to the top. We also learned that Shelby American has plans to offer even hotter 2020 GT500 Mustangs with at least 1,000 horsepower recently. They also talk about the big opening to cool the car. It has seven coolers on various parts of the car, all standard to keep the car cool on the track. The hood pins are functional and look cool too. The strut tower brace under the hood is made of magnesium. The GT500 also comes with brake cooling ducts.

Skip to around 17 minutes if you want to see the car drive and run. The car sounds cool, and Jay gives us a listen to the different exhaust modes. The video is worth a watch, even for those who are familiar with the car. You can check the video out above.