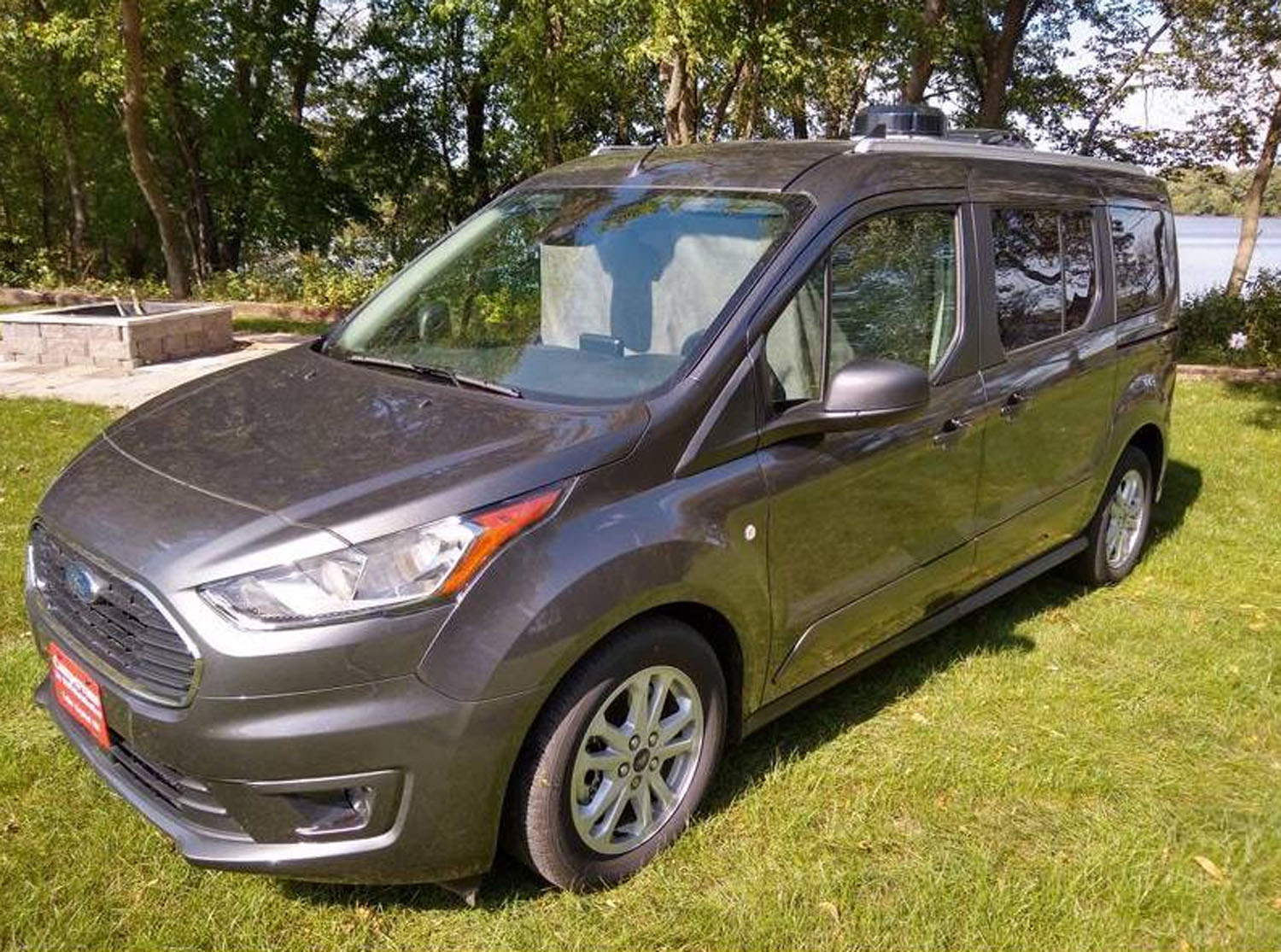 Most of the cool camper vans that we talk about based on the Ford Transit aren’t available in the States. Take the Ford Nugget as an example, that cool little camper van is for Europe only. If you are in the U.S. and you want a camper van that you can buy, that won’t cost you $80,000 check this camper van out.

The vehicle is a 2019 Ford Transit Connect camper van. That means it is the smaller and more compact version of the Transit. This camper is small enough that the manufacturer says it will fit in a normal garage. The camper is called the Mini-T Campervan Conversion, and the one in the images here has only 2,690miles on it. It has a WiFi hotspot, backup camera, Sync 3, Bluetooth, FordPass remote start features, and all the stuff you’d find on a normal Transit Connect. The Ford Transit Connect camper van conversion involves taking out everything in the back of the van and cramming in a TV/DVD player, microwave, small cooler-style refrigerator, solar panels on the roof, a roof-mounted fan, and under bed storage.

The bed appears to be a vinyl covered two-piece sofa that takes up nearly the entire passenger side of the van. When it’s bedtime, the back cushion lays flat, and you end up with what appears to be a full-size bed. The van is made for going off-grid and has a 200W solar panel on top. The roof fan has a thermostat to turn on and off as needed. The exterior also has a 120V shore power connector and plenty of USB charge ports. The vehicle can tow up to 2,000 pounds and has a warranty for three years or 36,000 miles. The seller says that this could be a daily driver. It sells for $37,600, which is a steal compared to some other camper vans we have seen. 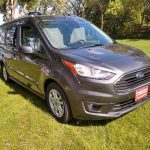 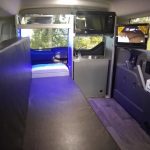 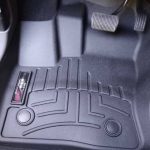 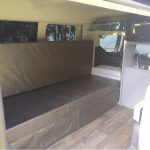 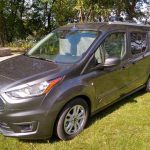 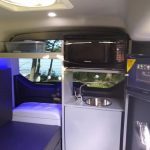 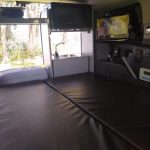 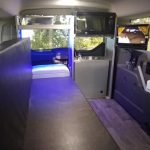 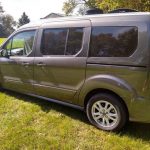 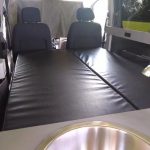 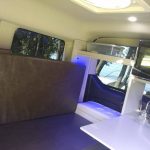 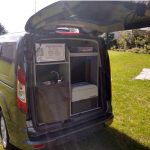 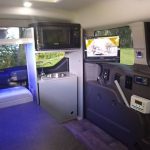 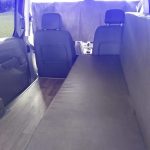 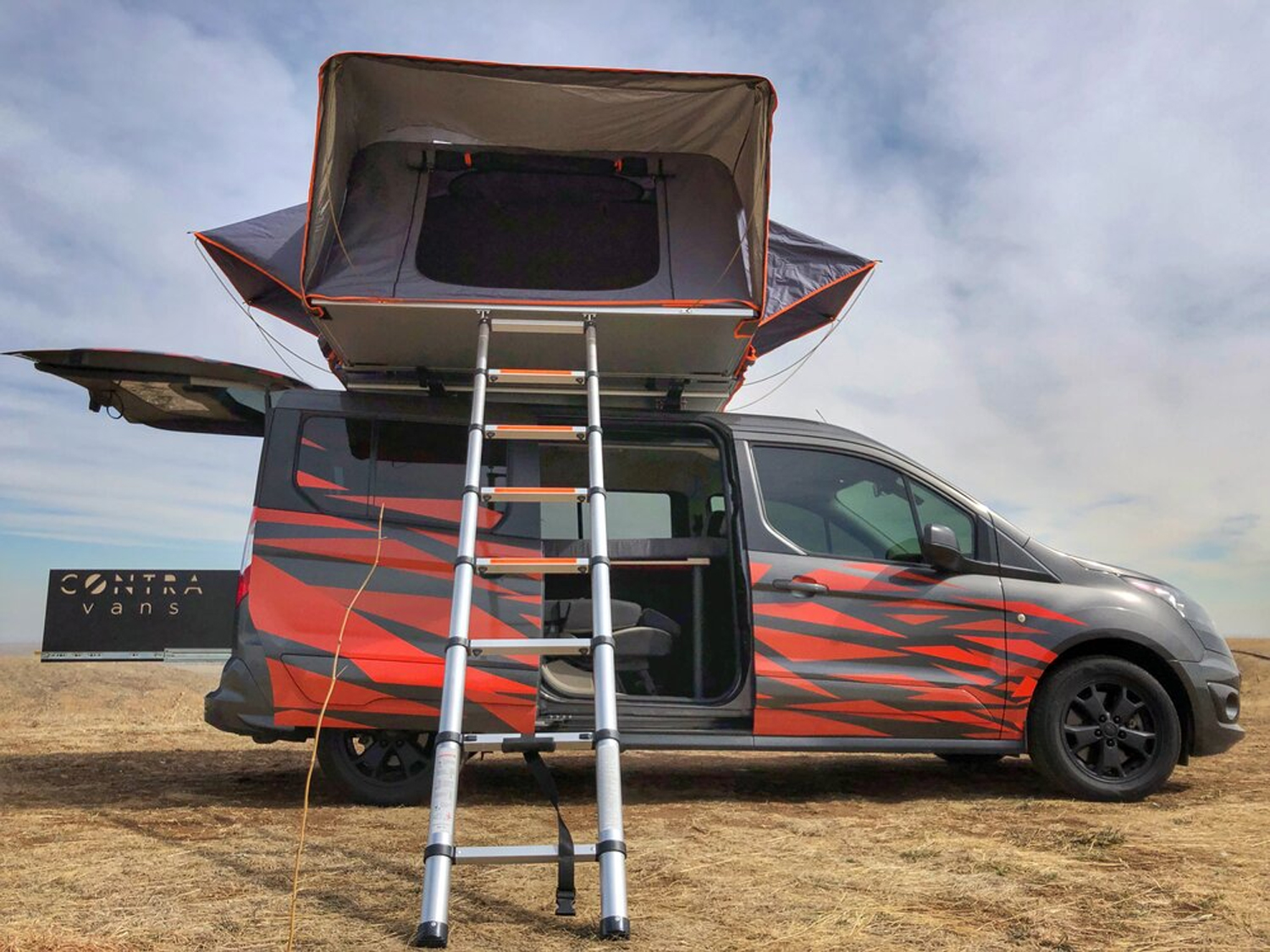