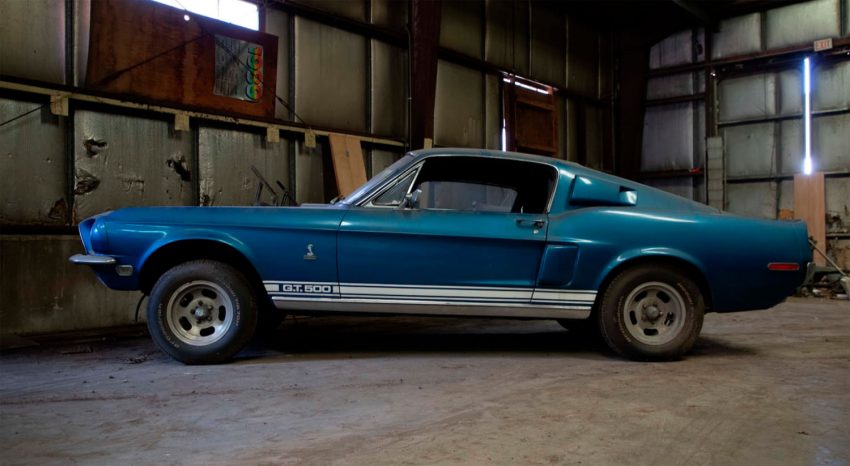 Typically when we talk about a 1968 Shelby GT500 Mustang, its a perfect condition example like the gold GT500 we talked about before. When in excellent condition, a 1968 Shelby GT500 is right at the top of the classic Mustang pricing hierarchy, the perfect gold example we mentioned was going for $199,000. The exterior of the car looks very clean and in excellent condition. The interior is very rough, with lots of parts missing, including the driver’s seat. The motor is out of the car, but the engine block and the hood are included with the purchase. It’s not clear if the transmission is in the car or not. We assume there is no transmission included as we see no shifter sticking up in the console. There are a number of interior parts included with the sale, but we don’t see a driver’s seat.

We’d expect a real 1968 GT500 to bring more than the pre-auction estimate predicts, even in rough condition. There is no mention of rust in the auction listing, and clearly, the car hasn’t run in years. This car will make a very nice, if never numbers-matching perfect, restoration. We hope someone buys this GT500 and gets it back on the road where it’s meant to be. 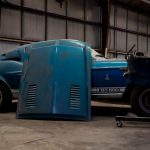 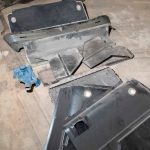 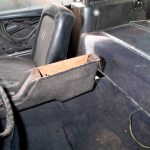 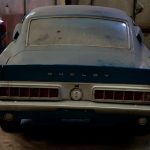 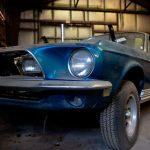 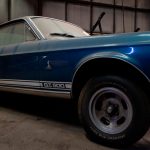 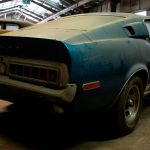 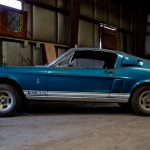 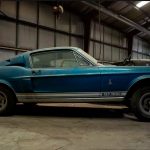 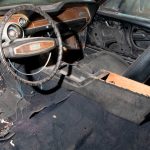