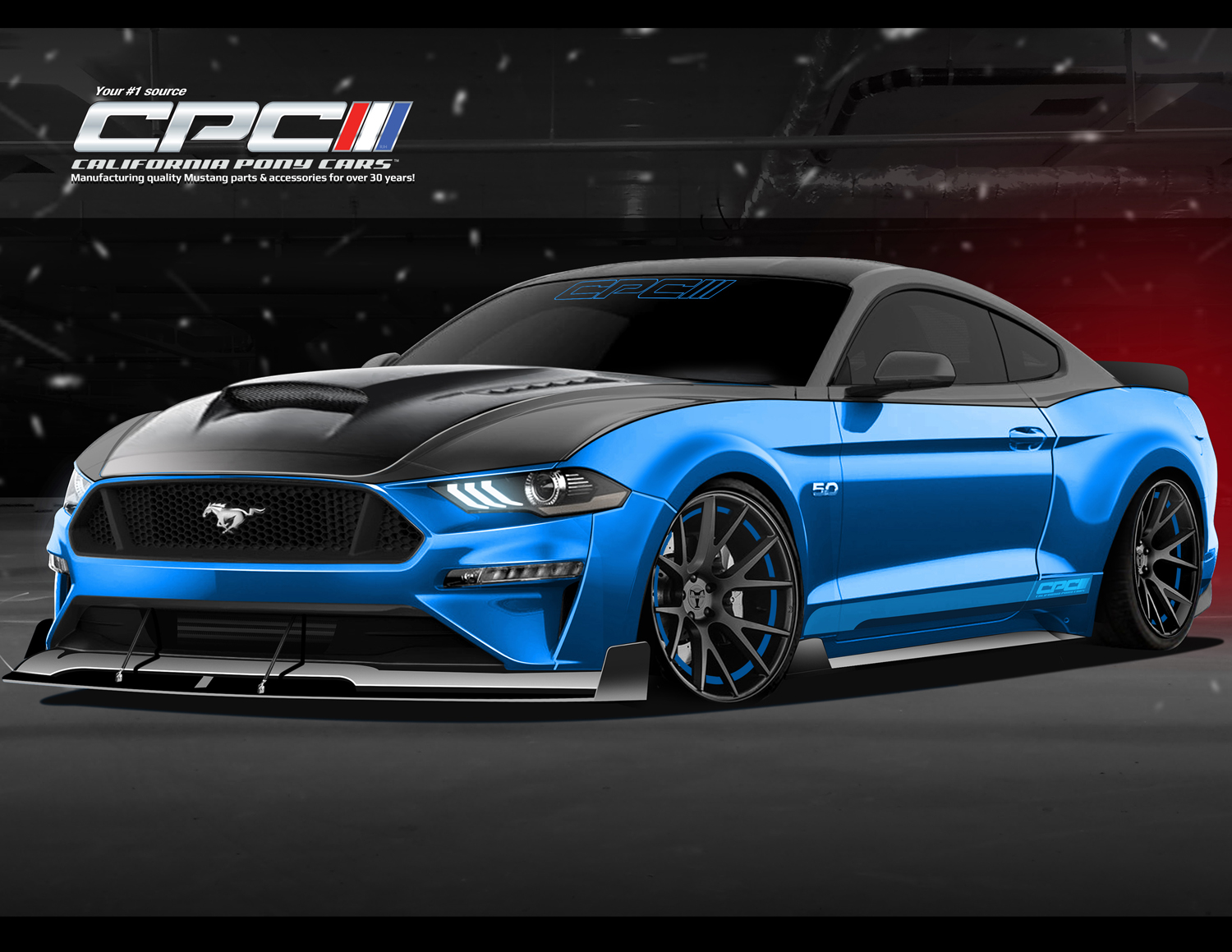 Ford is bragging on some of the other cars and trucks that it will be showing off at SEMA 2019. Previously Ford had shown off slick F-250 Tremor trucks with accessories, a cool Ford Expedition, and an RTR Rambler Ford Ranger. We had wondered if Ford would have any Mustangs at all at SEMA, and it will. Ford has unveiled the California Pony Cars Ford Mustang GT Fastback, and the car is very cool.

The first thing we note in the rendering is that the car has a California Pony Cars (CPC) hood, decklid side skirts, grille, front chin spoiler, rear diffuser, and wing. The car also has a CPC rear blackout panel, mirror covers, wheel arches, front bumper air duct panels, and an aluminum splitter kit. LED lighting for the car is thanks to Diode Dynamics. The interior of the vehicle features Ford Performance Recaro leather seats along with a CPC carbon fiber center console, dash trim kit, and window switch plates. The interior also has CPC armrest covers, door sill plates, and coin tray. The Mustang has a custom 1,500 watt Kicker Audio sound system that has a 12-inch woofer with 1,200 watts of power. The interior also has a LinksWell Gen 11 11.8-inch HD touchscreen and LED lighting.

On the outside of the car are 21-inch wheels by Triumph Performance with Toyo Proxes T1R tires and Baer Eradispeed 15-inch front and 13-inch rear two-piece rotors. Under the hood was massaged too with a 5.0-liter Ti-VCT V8 with a Ford Performance supercharger. There is no indication of how much power the car makes, but 700 horsepower or more is common with that blower. We like the two-tone blue and black paint.