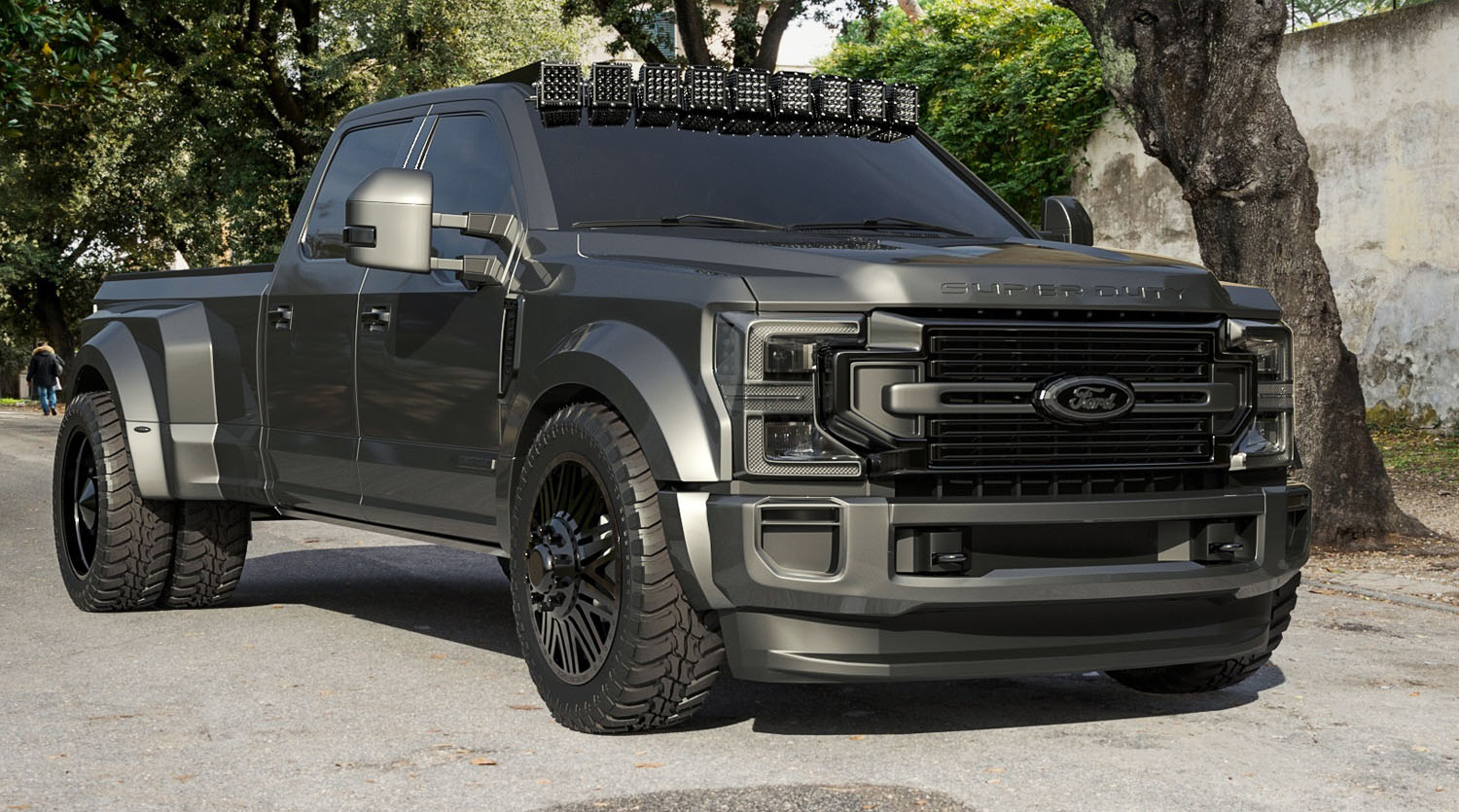 The other trucks that we have talked about coming to SEMA 2019 have included a range of Ranger and F-250 trucks. DeBerti Design has a truck that may be the biggest at the show. The DeBerti Design Ford F-450 Super Duty Platinum Crew Cab is a sinister-looking ride.

It’s a dually crew cab configuration of one of heaviest of duty Super Duty trucks for makes outside of the commercial space. The DeBerti Design Ford F-450 rolls on a Kelderman air ride suspension that supports its massive towing and hauling capability the truck comes with from the factory. It has 22-inch American Force wheels that are wrapped in 37-inch Toyo tires.

To up the storage space for the truck, DeBerti Design used its own patented pull-out bumper drawer combined with a dual pull-out fender/cabinet and Ford Accessories safe by Console Vault. The truck also has lots of Rigid LED lights to light up a worksite. Those are all the details that Ford provided about the truck.

We’ve already talked about the Ford Accessories F-250 Super Duty Tremor with Black Appearance Package that will be at SEMA 2019. SEMA 2019 will also count some cool Expeditions among the cars on display, such as this MAD Industries Ford Expedition Stealth.