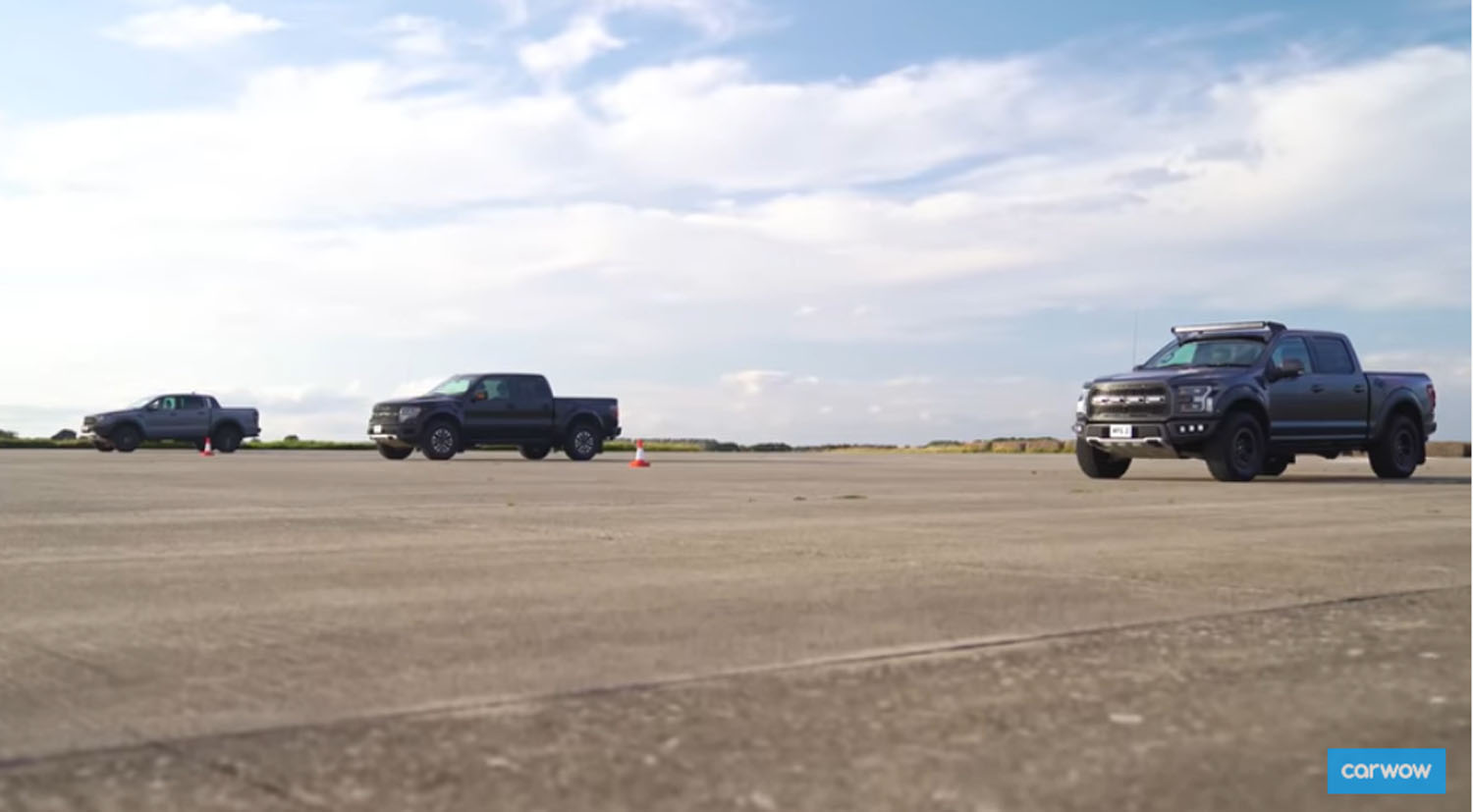 Not long ago, we watched as the Ford Ranger Raptor and a first-gen Raptor were pitted against other pickups that are available in Europe. The Raptor trucks didn’t fare well in that race. This time out, the same gang at Carwow is drag racing three different Ford Raptor trucks, including the first-gen Raptor with a V8, the current-gen EcoBoost Ford Raptor, and a European Ranger Raptor. All three of the Raptor trucks line up, and the deck is certainly stacked in the second-gen F-150 Raptor’s favor since it has a tune. The current-gen F-150 Raptor used was supplied by Clive Sutton, and among the modifications was a conversion to right-hand drive. If the sound were a metric for winning the race, the first-gen Raptor would take it.