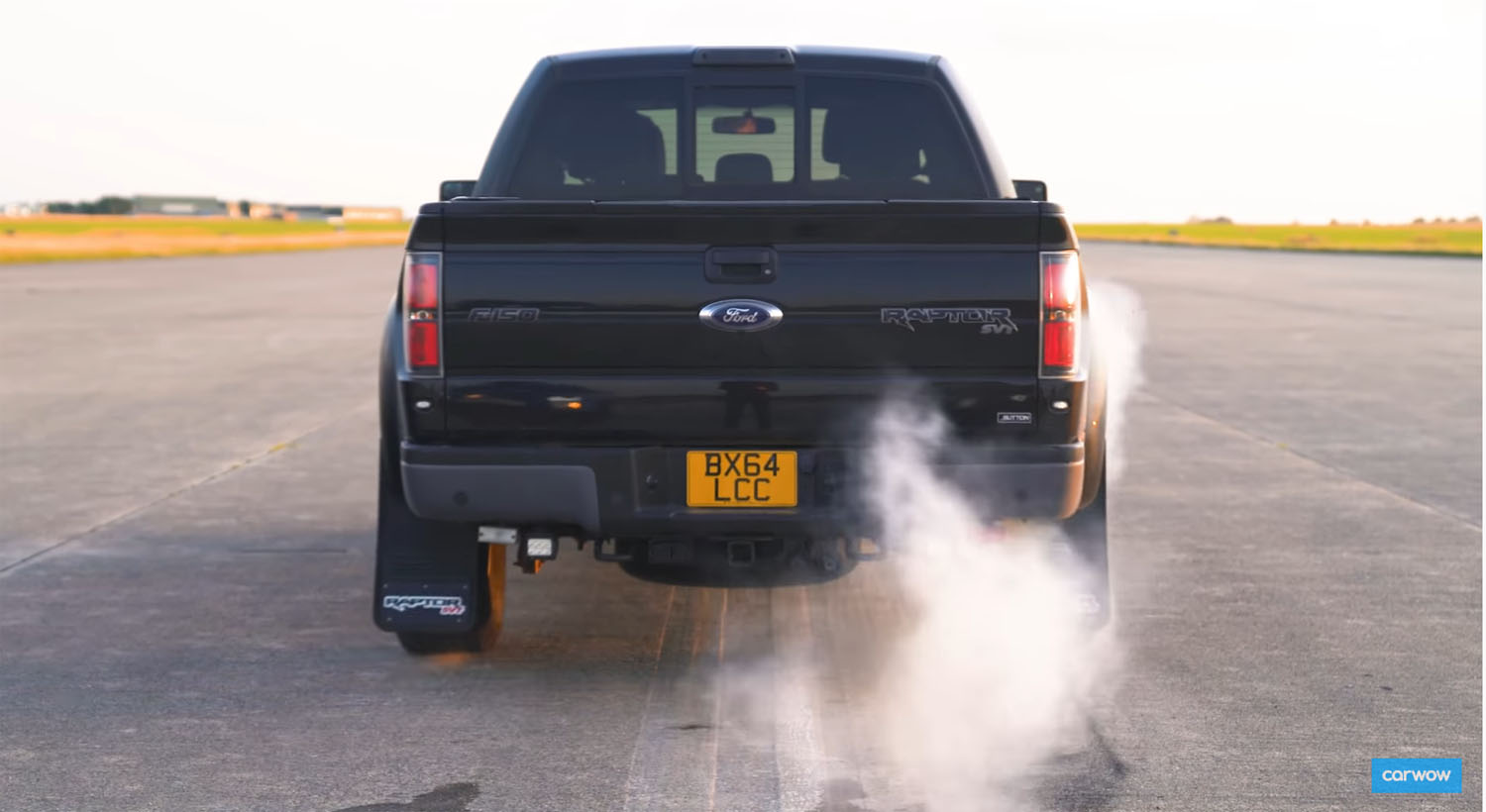 The gang over at Carwow got their hands on some of the coolest pickups that are available in Europe that we can’t have in the states and drag raced them. The trucks they raced included the Ford Ranger Raptor, Mercedes X-Class, and VW Amarok. To round out the field, they all laid their hands on the first-generation 2011 Ford F-150 Raptor that had been imported and pitted that truck against the European offerings too. The first race seems the poor Ranger Raptor bringing up a distant last place. The Ford F-150 Raptor was in third place, with the Mercedes X-Class in second and the VW Amarok taking the win in all races. Ford fans can take solace in knowing that the Raptors weren’t meant for drag racing. We can’t help but wonder if the second-gen EcoBoost powered Raptor might fare better against the trucks. Watch this 2018 ford F-150 Raptor with an EcoBoost test how fast it can go over 2.3 miles.