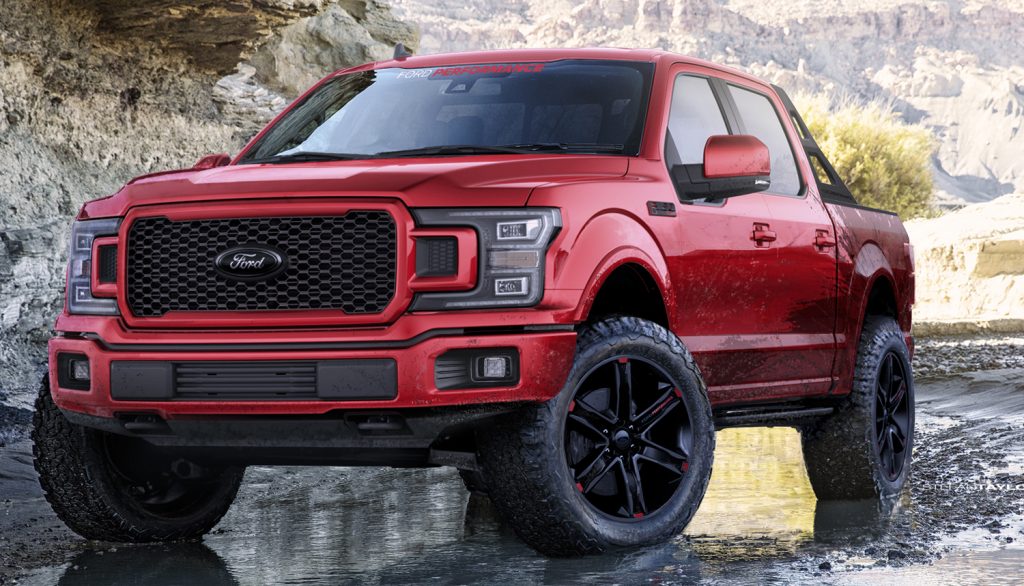 Ford has shown off plenty of Ranger trucks, and even a Transit van or two for SEMA 2019. It’s now showing off a very cool Ford Accessories F-150 Sport with the black appearance package. The truck is a full-size F-150 that has the style and performance to feel at home on the street and on the trails.

Ford Accessories has made use of the Ford Performance off-road suspension leveling kit to improve ground clearance and breakover angles. The package also gives the truck better looks than it comes with from the factory. The Ford Accessories Ford F-150 Sport has Ford Performance, and Rigid LED lightning so the driver can see on the trails at night. Power for the truck comes from a standard 3.5-liter EcoBoost engine that has a Ford Performance cat-back exhaust by Borla installed. The truck is ready to hit the trial, according to Ford. On the outside, the truck wears the all-new Black Appearance Package that includes black and smoked chrome Ford badges.

The truck rolls on 22-inch Ford Performance wheels with Mickey Thompson BAJA ATZ P3 tires. The graphics on the outside are splatter style that reminds a bit of the Ford Raptor. Inside the truck are matching color-keyed accents. Ford has made ample use of the Ford Performance off-road suspension leveling kit on a number of its SEMA Rangers, and now on the F-150 trucks it’s bringing to the show. Ford Performance Parts’ SEMA Ford Ranger is rolling on the suspension.