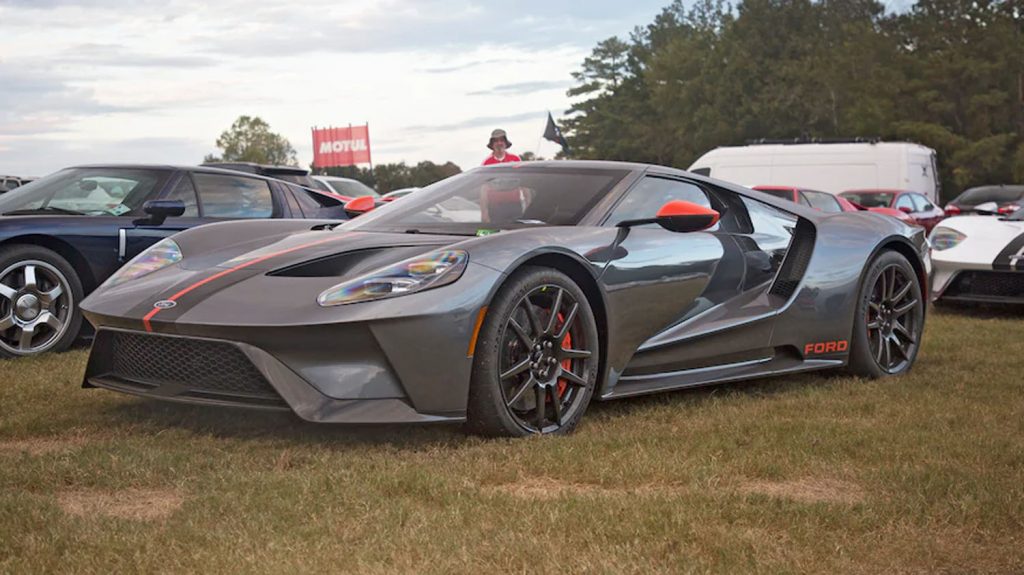 Ford offered the owners of first and second-gen GT cars an exclusive package called the Ford GT Owner Hospitality package. The package included access to a special owners-only hospitality pavilion. Package buyers also received a four-day “superticket” to the race event, a gift bag, driver meet-and-greets, and a four-day parking pass to a special cordoned off area only for GT cars. The result was over 20 owners packing their sexy supercars in one place with a smattering of special edition offerings in the mix. One of our favorites was the Gulf livery first-gen GT. A Gulf livery second-gen GT was also at the event, and the two cars somehow didn’t park together.

We spy a Ford GT Carbon Series in the mix along with a Heritage Edition GT in red and white. The yellow second-gen GT is a favorite color for the car. It appears that more first-gen owners turned up than owners of second-gen cars. Ford celebrated the end for the racing car with a special video that looked back at some of its highlights. The GT took 19 wins in its four-year racing stint. Hit the source below and check out the full gallery.