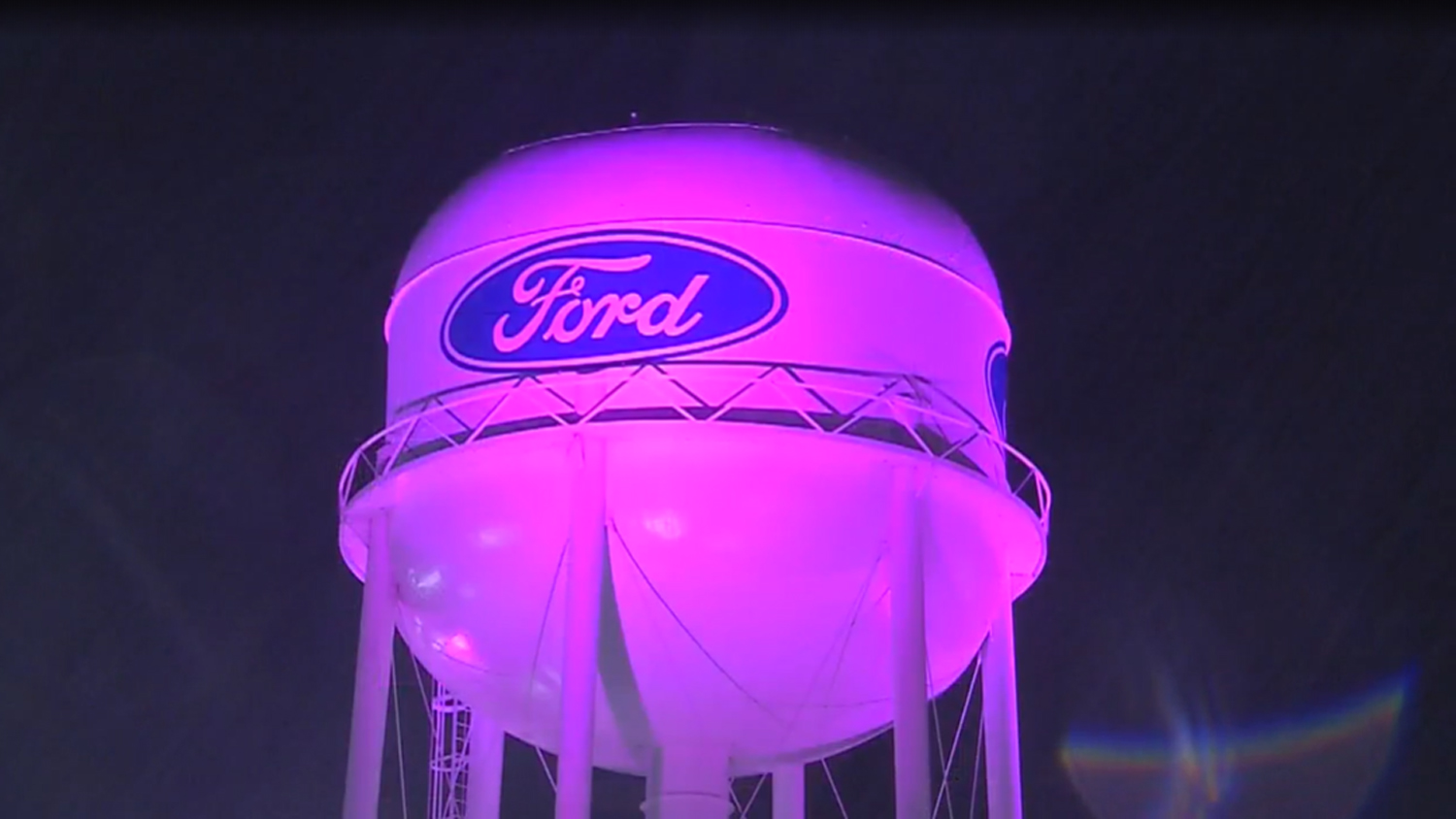 Ford is big in supporting breast cancer awareness and does so in many ways. The automaker also supports cancer patients in many ways, including with its GoRide Health van service that will take cancer patients to and from their appointments at no cost. To raise awareness of breast cancer, Ford has lit up its Buffalo Stamping Plant building and the water tower at the facility in pink.

Buffalo Stamping Plant engineering supervisor Gill Kless says that “everyone” can see that water tower noting it can be seen for miles. The tower and plant have been lit in a bright pink glow the last four years to raise breast cancer awareness. Ford Communication Specialist Dan Sirca says that as people drive down 179 and approach the bridge, “you see this beacon of beauty pink” that shows the community that Ford and its employees are thinking about those fighting cancer. Kless notes that hundreds of Ford employees have some connection to the disease, including Kless. Kless is the person who is behind the lighting of the water tower. Kless said that his wife’s sister is a breast cancer survivor, and some other people in his family have had cancer. Sirica says that he had a cancer scare a few years ago, and “it woke me up,” noting that it made him appreciate what others are going through.

The water tower and plant lit in pink is a showing of support and a reminder for others to keep fighting. Ford employees also recently had a “Pink Out Day,” where they all wore pink to raise awareness on the job. Many Ford dealerships also get in on raising awareness for breast cancer.