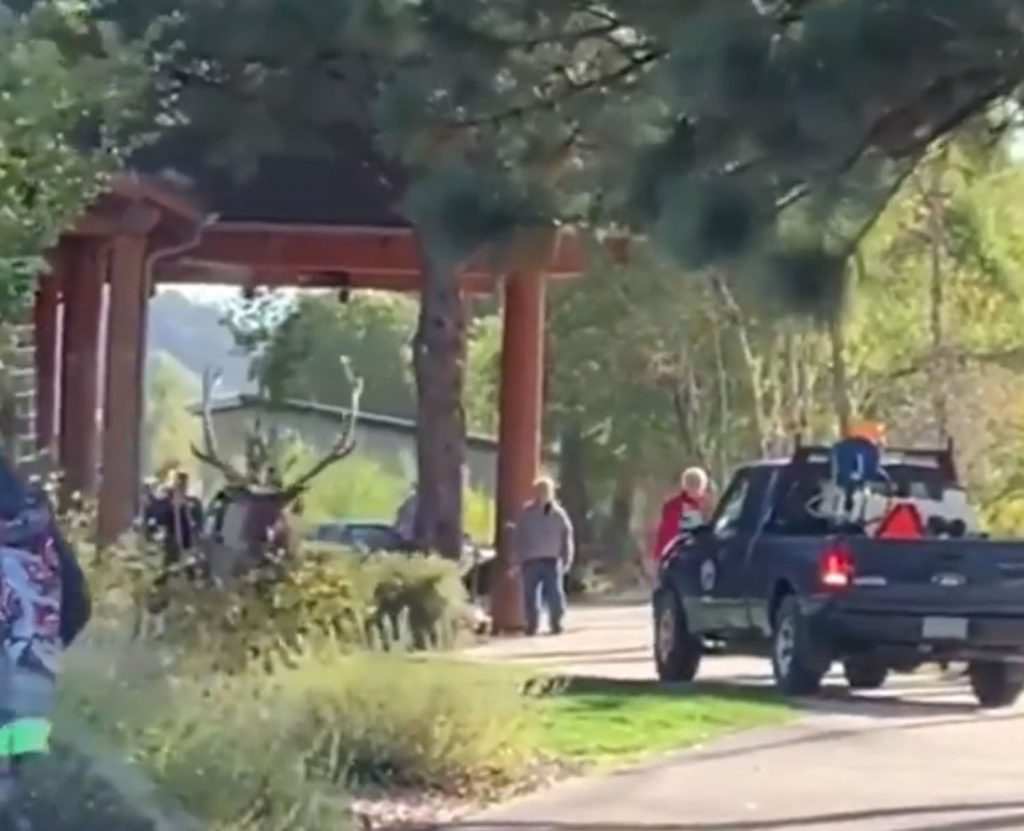 It’s easy to think of the elk common in Colorado along the same lines as a deer that you might hunt each fall in other parts of the country. Elk are massive creatures and are much larger than your typical whitetail deer. In certain parts of Colorado, the elk come right into the town during the mating season.

Vacationers to Estes Park each year get to see elk up close and very personal as each season the animals venture out of the mountains and into the city where they lay around in the parks and block traffic waiting for a mate. As many people have found the hard way, the elk may seem tame, but they are wild animals that can attack and kill. The video seen in the tweet embedded below was taken recently in Bond Park in Estes Park, Colorado. One of the elk in the park had enough of all the people milling about and reportedly charged a group of people. While most of the folks hid, it attacked a woman repeatedly; thankfully, no one died in the attack.

ELK ATTACK: Dramatic cell phone video shows the moment an elk charged at a crowd of people inside Bond Park in Colorado, repeatedly ramming his antlers into a woman on the ground before a driver came between the animal and the victim. https://t.co/PnbPm5qogt pic.twitter.com/d7RjcxJRJM

Eventually, a park worker that was nearby in his Ford Ranger truck pulled between the elk and the woman to shield her. The elk wasn’t done and came over and whacked the Ford Ranger with its horns a few times. If it hadn’t been for the worker in the Ford Ranger, the attack would have gone on for who knows how long, it looks as if most people were busy filming or hiding. 2019 has been quite the year for elk in Estes Park with some estimates saying 200 of the big animals are in the city.