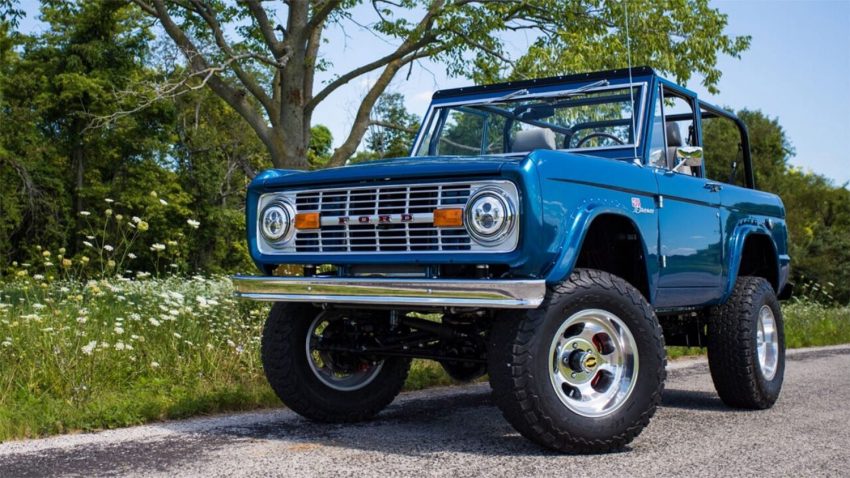 Gateway Bronco is one of the biggest names in high-end early Bronco restorations and restomods. The Broncos that Gateway builds can cost well over $200,000 when they are complete. Gateway Bronco has a new option for those wanting the style of a first-gen Ford Bronco, but wanting to be green.

The new model takes the V8 or six-cylinder typically found under the hood of a Bronco and replaces it with an electric motor unit that looks like a V8 engine. The electric motor unit is made by a company called Electric GT, and it makes 260 horsepower and 330 pound-feet of torque. Gateway will connect that electric motor unit to a 6-speed manual transmission that drives a standard 4×4 truck drivetrain with a two-speed transfer case. The drivetrain also has locking front and rear differentials. Battery power from the Electric GT motor unit comes from a Tesla battery pack. Performance is claimed to be 0-60 mph in 6.5 seconds with a standard model offering 125 miles of driving range. An extended range version is good for 150 miles per charge.

The hottest version sells for $275,000 and offers an Electric Supercharged Bronco that ditches the 6-speed transmission for a Cascadia Motion motor that is rated for 485 horsepower and 365 pound-feet of torque. That is good for 0 to 60 mph in 4.8 seconds and uses a 100 kWh Tesla battery good for 200 miles per charge. We really like the idea of a first-gen Ford Bronco with an electric motor, but we would miss the rumble of a V8.