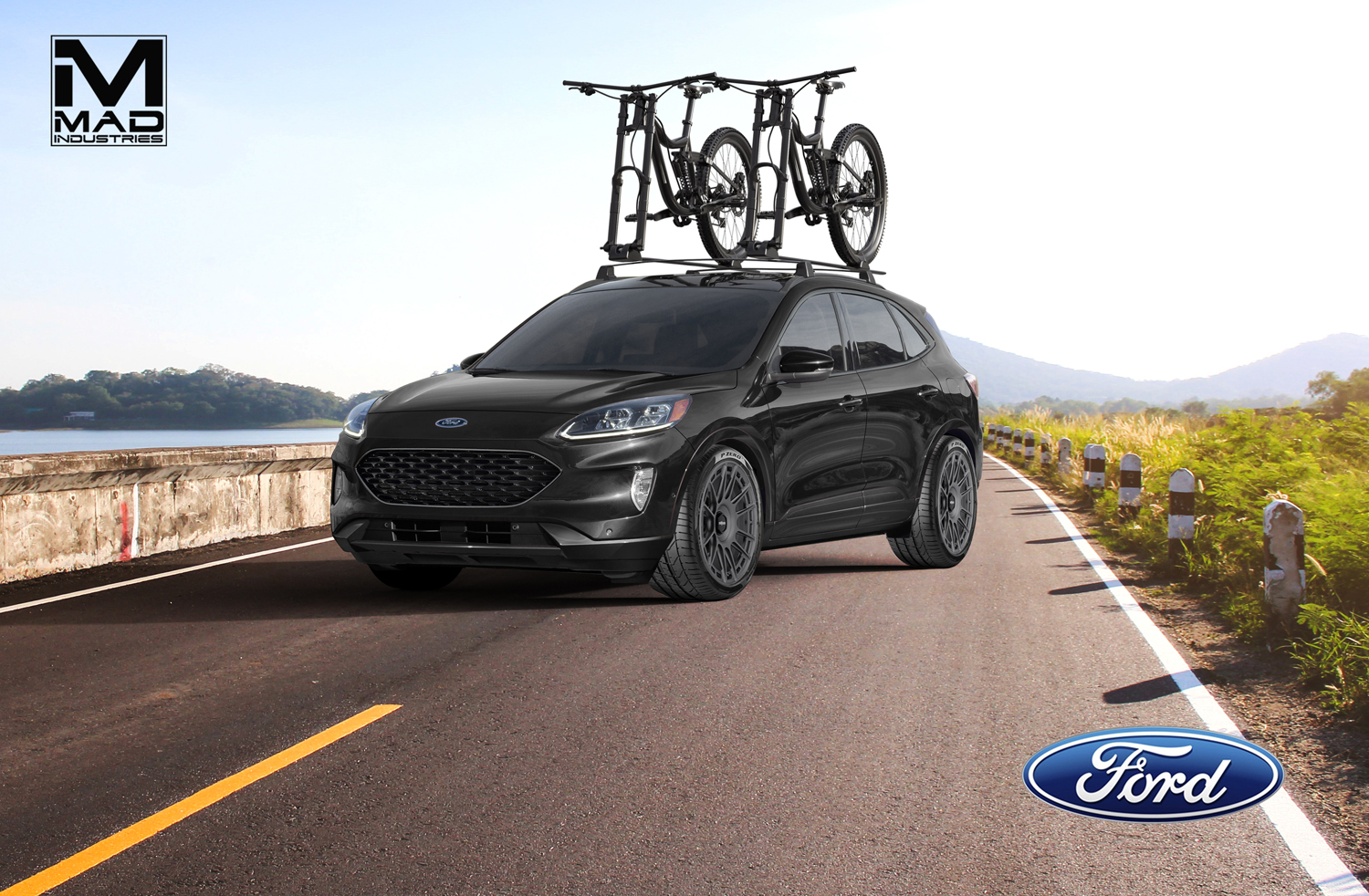 SEMA 2019 is almost here, and Ford is giving up some teases on its vehicles that will be on display at the show. We’ve talked about some of those vehicles already, like the BTR Explorer Hybrid. Ford will have several of the new 2020 Ford Escape crossovers at SEMA with various stages of upgrades to the outside and inside.

The wheels are wrapped with Michelin Pilot Sport 4 tires. It’s been lowered to give it a sportier stance and style with Eibach Pro Kit lowering springs. The black paint is a custom BASF RM color. The bikes on top of the car are held there with Ford Accessories roof rack crossbars. Attached to those crossbars are Yakima bike carriers.

Inside the Escape has an updated Miko ultra-suede headliner and custom trim in matte gray. Tunes for the trip are provided by Rockford Fosgate components. Like all the other SEMA vehicles, Ford has offered a single image at the top of the page and no shots of the interior of the 2020 Ford Escape. There is no indication that the Escape has any modifications under the hood.

The 2020 Ford Escape was recently recalled for a seat defect. The Escape was added to an existing recall that also covers Ford Explorer, Lincoln Aviator, and Ford F-Series trucks due to a possible defect in the driver and/or passenger manual recline front seats. The seats may be missing the third pawl and may lack the strength to restrain an occupant in an accident.