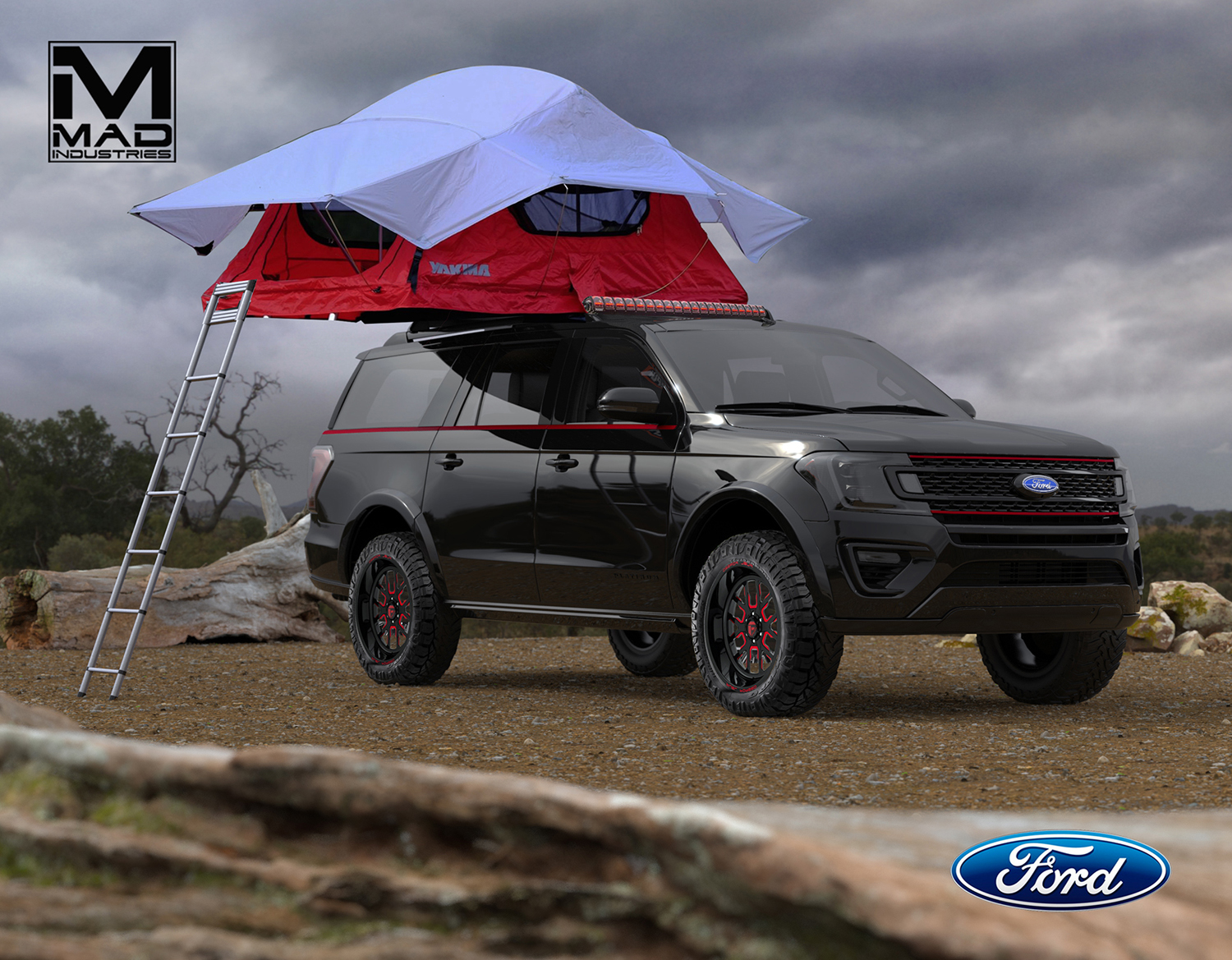 As always with SEMA, the 2019 version of the show will be packed with custom cars, trucks, and SUVs as far as the eye can see. This year Ford has a bunch of Ford Rangers heading to the show along with the Expedition, Explorer, and Escape models. We’ve already talked about the MAD Industries 2020 Ford Escape that will be at the show.

The SUV rides on an Icon Dynamics Stage 2 coilover suspension that promises performance on-road and off. The big wheels are Fuel Forged FF-45 22-inch units with Nitto Ridge Grappler tires. The brakes are updated all around with high-performance rotors and ceramic formula extreme brake pads.

It’s hard to see in the image, but on the roof right in front of the tent is an Adapt 50-inch lightbar by Rigid and SR-L series spreader white halos help to light up the area. The red and white tent on the roof of the SUV is a Yakima SkyRise unit. The description of the vehicle doesn’t mention the paint; it’s black with a red stripe along the side directly under the windows and red stripes on the top and bottom of the grille. The wheels are in the same red and black color.

This MAD Industries ride isn’t the only Expedition that Ford will be showing off at SEMA. Yesterday we talked about the Good Boy Daisy LifeStyle Ford Expedition Limited Max that is meant for cruising the highways and taking the band from show to show.

MAD Industries 2020 Ford Escape Gets Dressed Up For SEMA