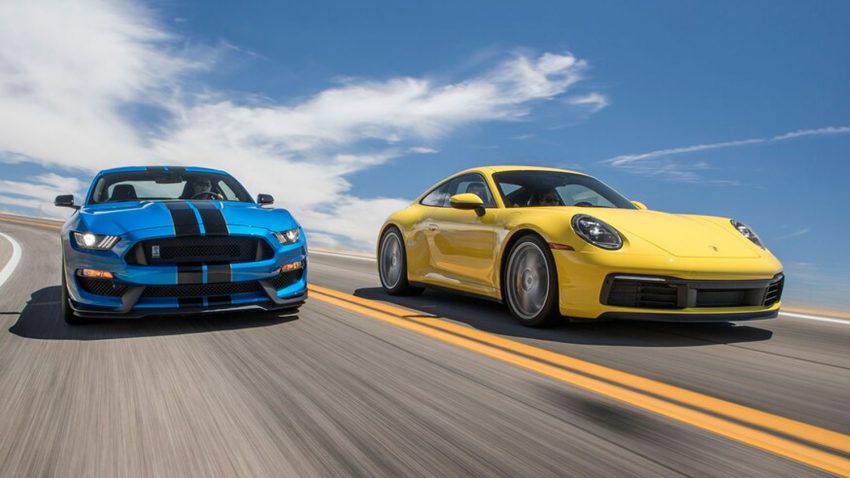 The gang over at MotorTrend has an enviable job. They get to spend lots of time behind the wheel of some of the coolest cars out there. Take this latest story that pits the awesome Ford Mustang Shelby GT350 against the Porsche 911 Carrera S. On paper, the vehicles are quite different most noticeably in engine with the Shelby GT350 using a 5.2-liter flat-plane-crank V8 that pounds out 526 horsepower and 429 pound-feet of torque. The testers say that the Shelby GT350 is more “high-strung” than the 911 and prone to tramlining. They do admit the Shelby is well balanced. The price difference between the two cars is astounding. The GT350 price as tested was $64,880 compared to the 911 Carrera S starting at $114,650, and the performance gear on the tester used in the compassion ringing in at $143,350. In the end, MotorTrend picked the Porsche as the winner, but to anyone shelling out cash, the slight performance difference for the nearly $80,000 price difference makes the Shelby GT350 the obvious winner. The GT350 recently won another comparison shootout.