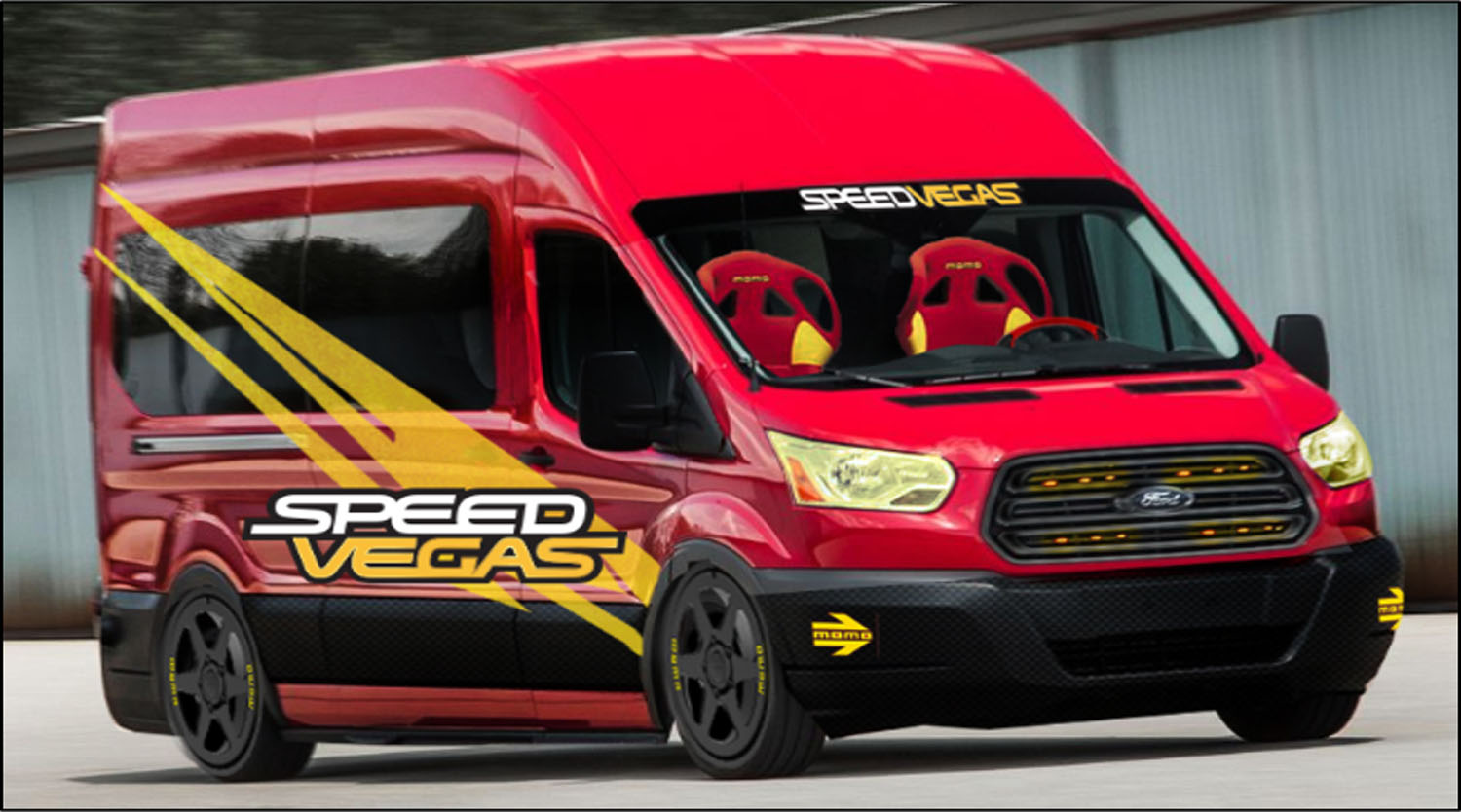 SpeedVegas lets customers pay to drive exotic cars on a 1.5-mile long race tack in Las Vegas. The SpeedVegas Ford Transit is very cool on its own. It may not be a Ferrari or Lamborghini, but it is done up to look very cool.

It features a custom vinyl wrap in red with yellow trim and the SpeedVegas name on the sides. The SpeedVegas Ford Transit holds 12-passengers, so lots of people can get to the track at the same time. The Transit van is lowered 5-inches front and rear and rolls on Weld Racing wheels with MOMO tires.

The van also has upgraded Brembo brakes, which seems like overkill, but they probably look cool behind the custom wheels. It also appears to have racing seats up front. There is no mention of more power. If you have to ride on a van to drive supercars, the van might as well look cool, and the SpeedVegas Ford Transit certainly looks cool.

We’ve talked about several of Ford’s SEMA cars so far, including the Hellwig Ford Ranger. Ford hasn’t shown off any Mustangs for SEMA, but we are still hoping those are going to be there too. Stay tuned to see more of Ford’s SEMA Ranger trucks.

Ford GR-1 Concept Going Into Production Thanks To Shelby American