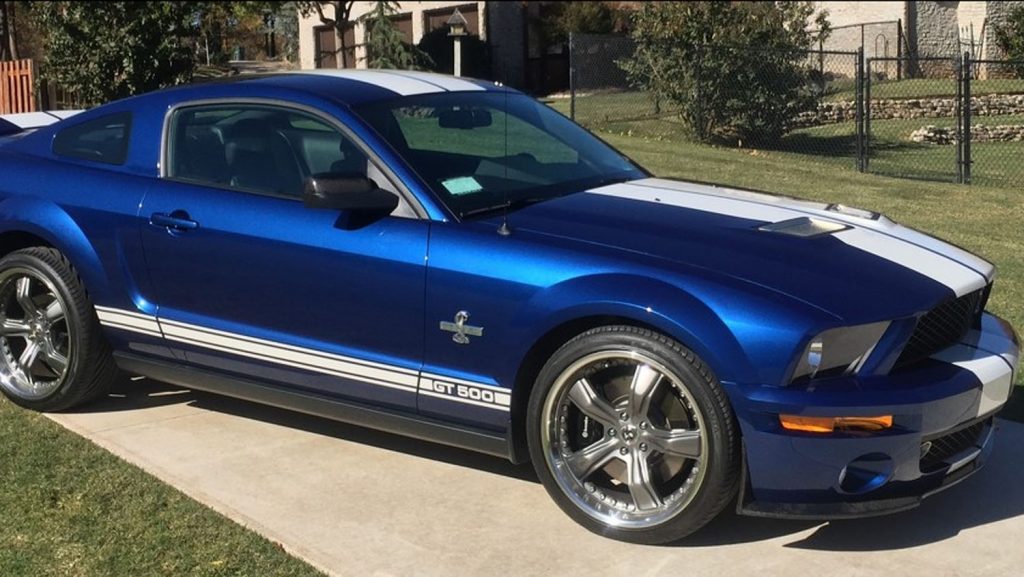 We’ve seen several cars that had once belonged to the legendary Carroll Shelby come up for sale recently. One of them was the Black Hornet Mustang, and the other was his 1983 DeTomaso Pantera. Another of Shelby’s cars is going up for auction, and this one is his personal 2007 Shelby GT500 prototype. The car is a 2007 Shelby GT500 40th Anniversary prototype and is one-of-one. It comes with a new car title that shows Carroll Shelby as the original owner.

This 2007 Shelby GT500 prototype has a unique Carroll Shelby Motors VIN CSM07XL000X. Other documents showing proof that Shelby owned the car is included with the sale, the ride has under 2,200-miles on the odometer and is the only 40th Anniversary with white stripes, silver stripes were standard. It’s also the only 40th Anniversary version with unique interior badging, and the exterior badging is different from the production version. The car has been kept in a temperature-controlled garage its entire life and is box stock. The car is said to be the only prototype that isn’t in the hands of Shelby Automotive.

There is no indication of what the car might bring at auction. The listing doesn’t say what motor or transmission is in the prototype. We assume that it has the same DOHC 32V 5.4-liter engine making 500 horsepower and 480 pound-feet of torque as the standard car. All GT500 cars had a 6-speed manual transmission, and Brembo brakes all around. The 2007 GT500 was good for a 4.5 second run to 60 mph and a 12.6-second quarter mile at 114.2 mph. 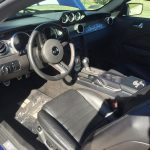 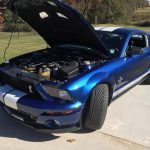 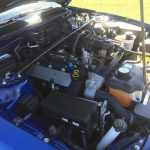 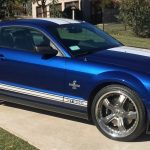 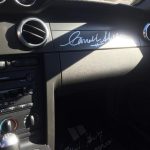 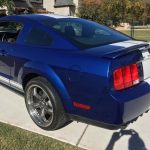