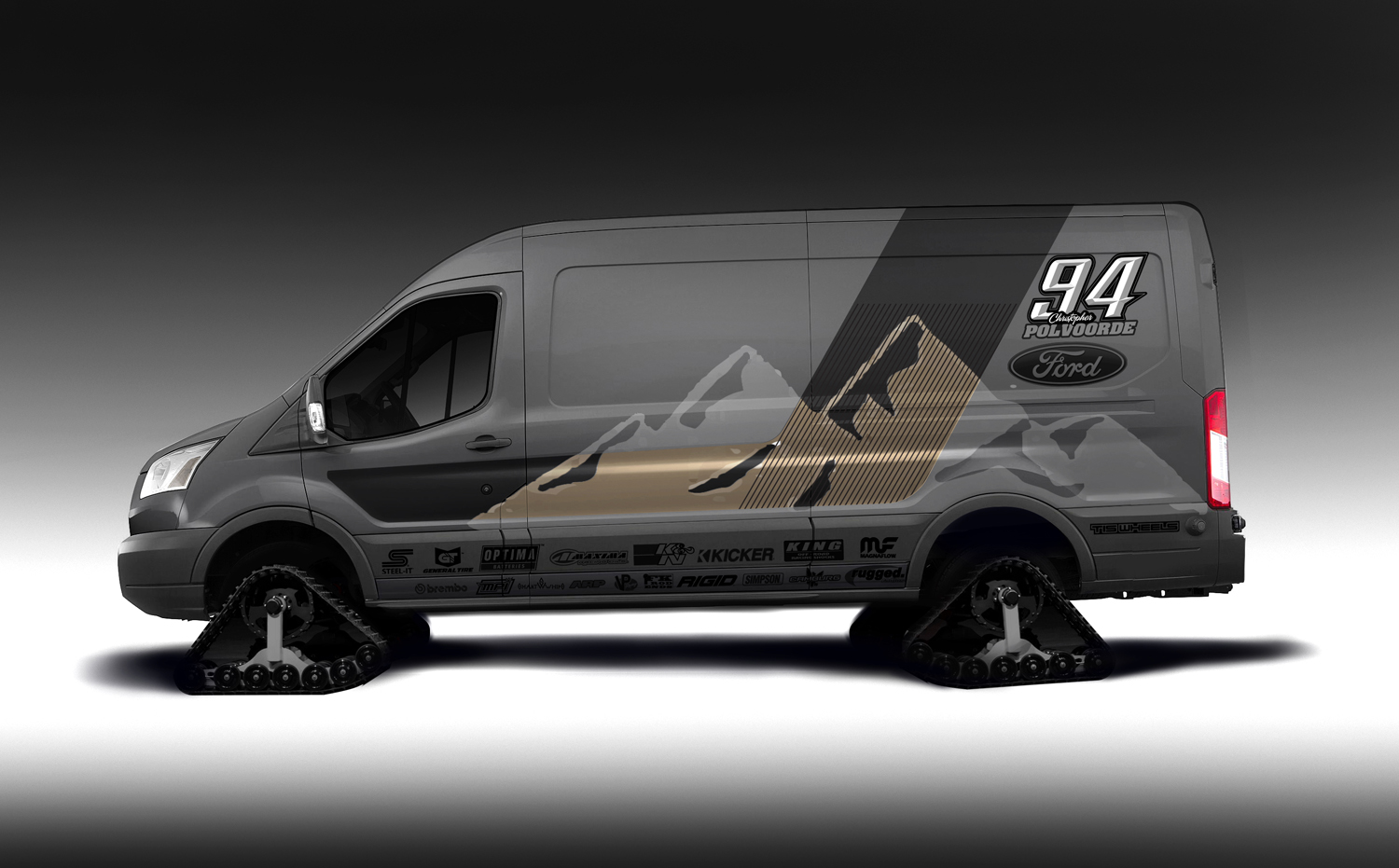 Ford has been talking up the vehicles that it will be sending to Las Vegas for the annual SEMA show. We talked about a cool Ford Performance Ford Ranger that was going to SEMA a few days back. One of the coolest SEMA rides is this Ford Transit that rolls on cool tank treads instead of wheels.

The custom van was put together by off-road racer Christopher Polvoorde as an all-wheel-drive vehicle for an active lifestyle. The Ford Transit was designed to go anywhere and is part motorhome, part garage, and part hangout. The Ford Transit van is designed for going off-grid with the amenities of being on the grid.

It has accommodations for up to four people with customization for water, heat, air conditioning, and solar power. Behind a bulkhead are space for mountain bike mounts, snowboard and paddleboard racks, kayak mounts, fishing pole storage, and a boot/glove heater for cold mornings.

The Transit van has an upgraded stereo by Kicker and plenty of bright Rigid LED lighting. The van also features a side awning and Warn winch that is enclosed by a custom off-road front bumper. We wish Ford provided more images of this cool van.

While the Transit is big, we want to know how they packaged everything in the space. If the van has a garage for bikes, and all the AC, heat, and water components, yet still has room for four people to sleep, it must be tightly packaged. We aren’t sure the tank treads are street legal. 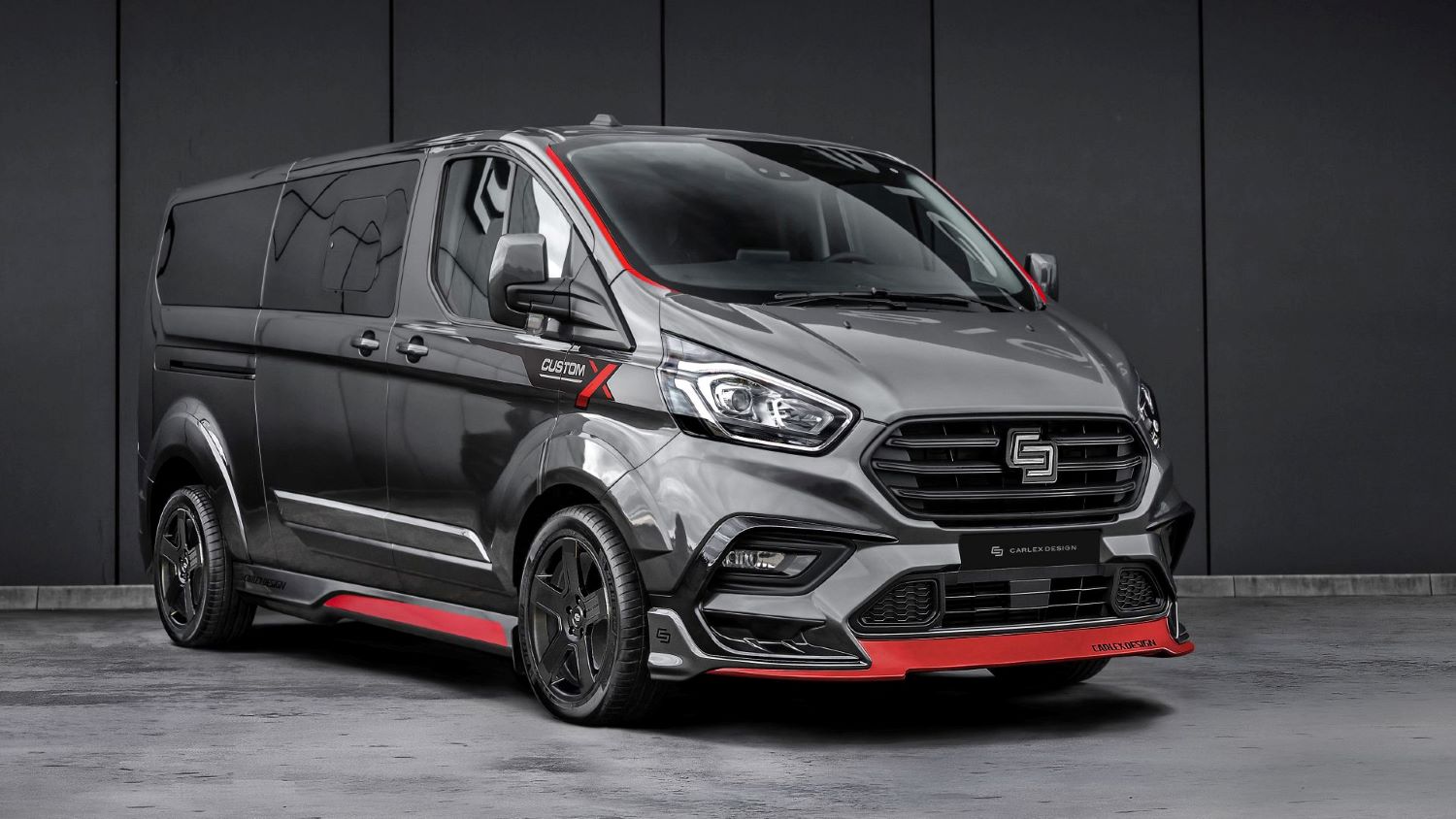