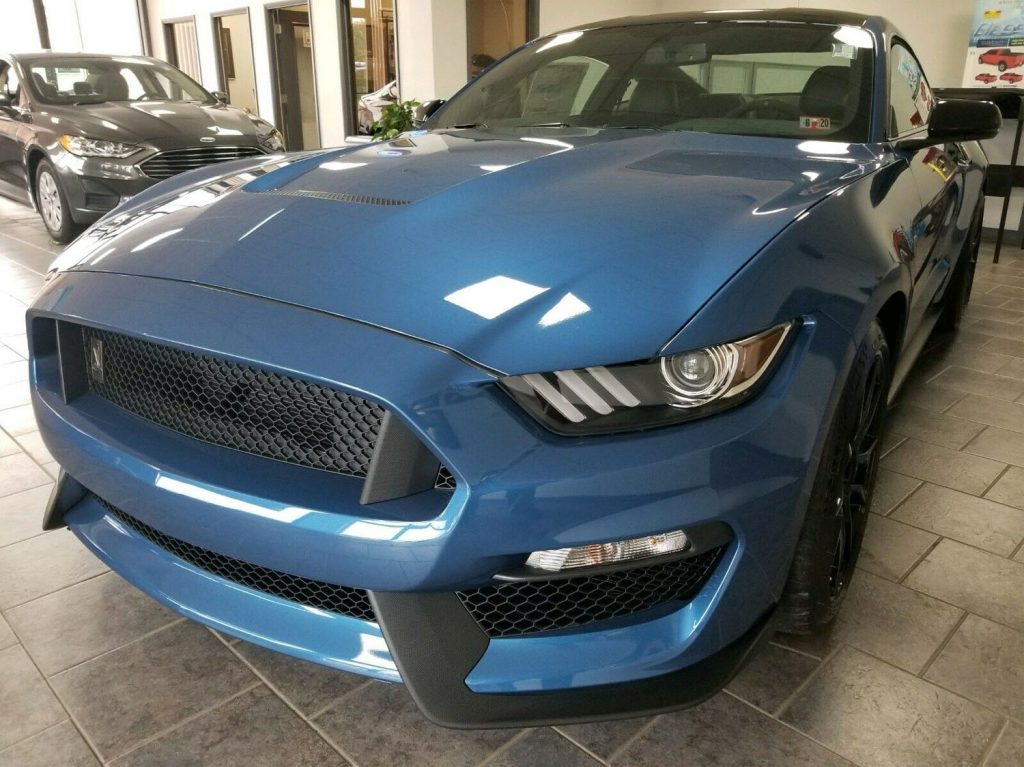 One of the things that makes us the angriest about Ford dealers is when Ford builds a cool enthusiast car or truck, and then dealers add market adjustments. Lots of people who want special edition Mustangs like the Bullitt, Boss 302, or the GT350 know all about market adjustments on top of the sticker price. A dealership out of Pennsylvania called Independence Ford has tossed a 2019 GT350 that is brand new on eBay. The car is in the uncommon Performance Blue color and is a no stripe car. The best part is that rather than adding several thousand bucks to the sticker price, the dealerships offering the 2019 Shelby GT350 for $3,000 under the sticker price. Discounts on thee cars aren’t common, and anyone in the market should take a look. The Shelby GT350 isn’t a base car either. It has the electronics package, handling package, and painted black roof. It also features a car cover and leather-trimmed seats. The MSRP for the GT350 is $66,470. With the $3,000 discount offered, the buy it now price on eBay is $63,470.

The car is listed as a regular auction with three days to go. The bid is at just under $60,000 as of writing with the reserve not met. We would assume the reserve is the buy it now price. The car is brand new and never sold with 15 miles on the odometer. One thing of note for those wanting to bid and then finance the car, the listing says you need financing in place before you bid. The dealer warns that due to location, it may not be able to help with financing. The dealer also notes that the accessory spoiler and front air dam are uninstalled in the pictures, but will be installed before delivery. The GT350 won a comparison shootout not long ago.