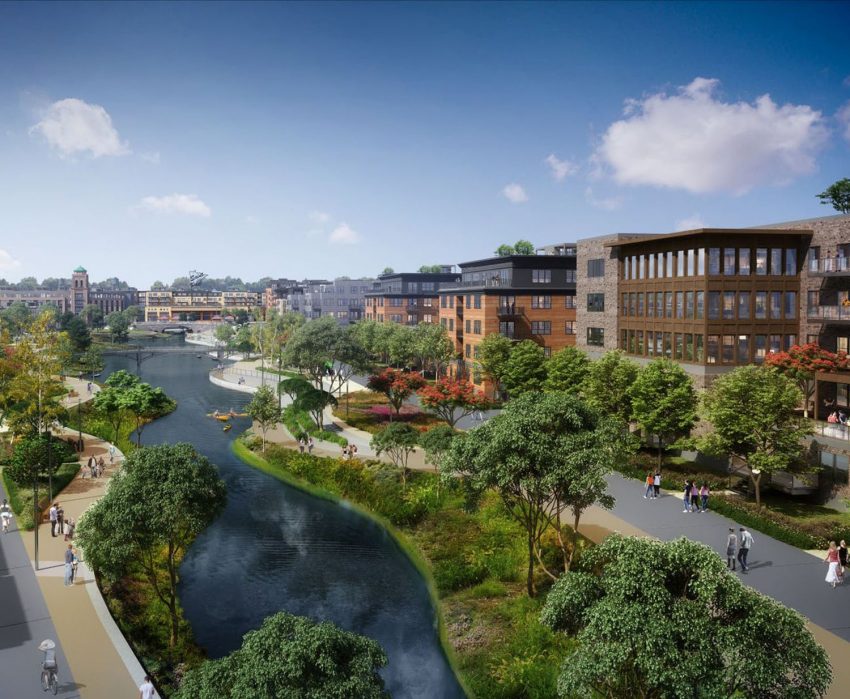 In September, we talked about the progress of a deal to redevelop some land that formerly housed a Ford plant site in St. Paul. Ford had chosen The Ryan Companies to work up a plan to turn the former Ford plant site into homes and businesses. This week, The Ryan Companies have announced that they have reached a development agreement in principle with the city of St. Paul.

The deal will see 3,800 units of housing added to the site along with the largest solar array in the state. The vacant Ford campus in Highland Park will have 100-percent renewable energy as a result, pending city council approval. The redevelopment plan relies on $53 million in city tax financing, which is a type of public investment that is based on tax forgiveness for public infrastructures like utilities, parklands and water features.

The $53 million is less than half of the $107 million that The Ryan companies asked for in March. However, there is additional tax increment financing that is expected to ensure that 20 percent of the housing placed on the site is affordable. St. Paul Mayor Melvin Carter said that after more than a decade of work, the vision for the Ford site is close to reality.

Carter says that the homes, jobs and public spaces built there will shape the city for generations to come. The plan calls for affordable housing for the very poor, those earning 30 percent of the area median income, which is currently about $30,000 yearly. Ryan officials say that if city approvals come together, block by block construction could begin this spring with the first residents moving in three years later. Ford still owns the land, spanning 122 acres that will make up 40 city blocks once finished.