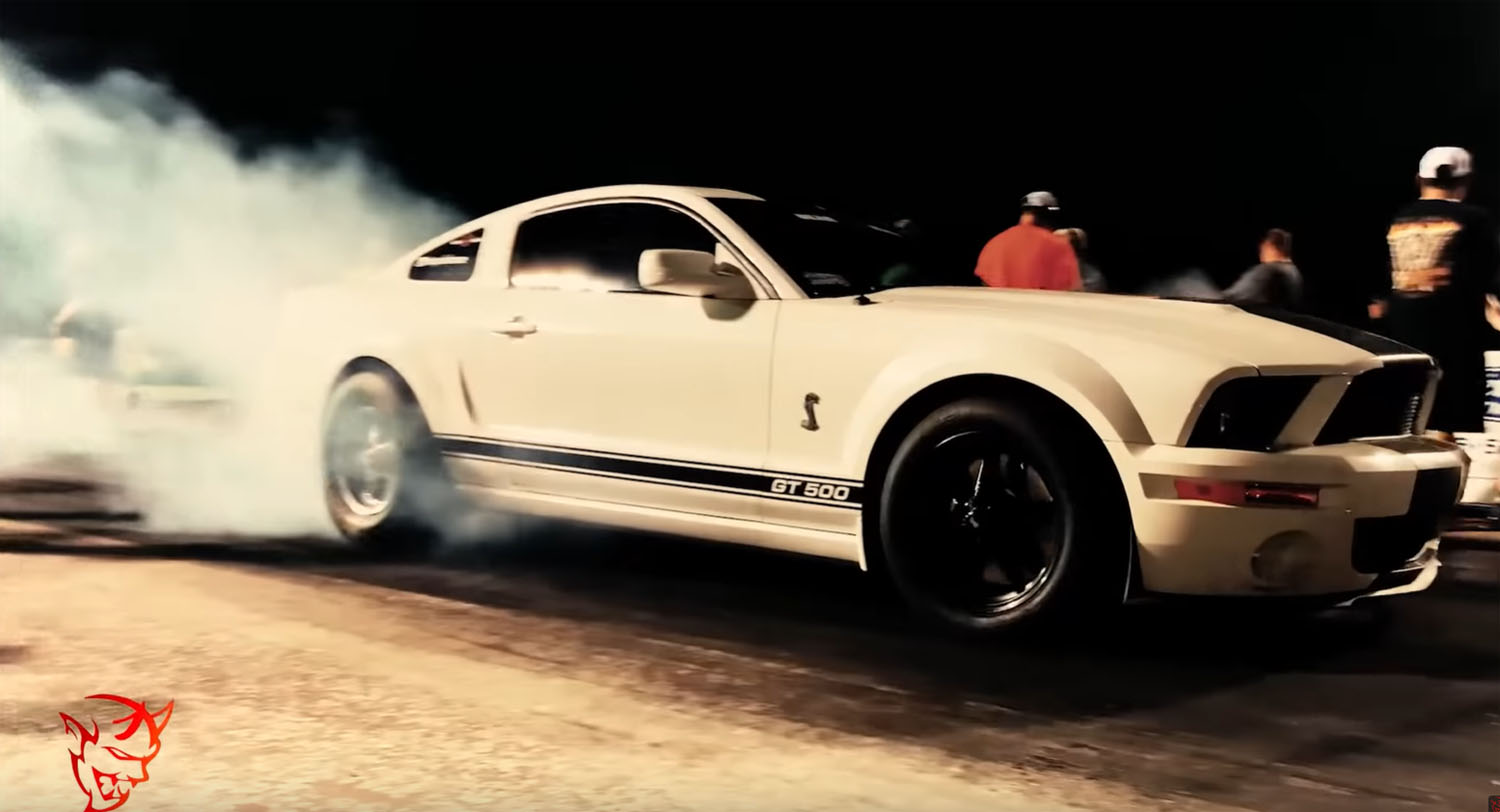 Head out to a drag strip anywhere, and there will be a Mustang or two out running the quarter-mile. We’ve talked about the very fast Dodge Demon Demonology before. Last time was when it squared off against a Roush Mustang. That Demon is a beast and has crushed more than a few Mustang owners at the track.

One of the closest races we have seen for Demonology came against a stick-shift GT500 Mustang known as ThatPaleHorse. The two cars make it to the line, and the launch and shifts the manual GT500 is capable of are impressive.

We see two races from different perspectives, and in neither of them can we see the Demon until near the end of the track, and then the beast comes flying by on the big end of the race. Avid drag racers always make it look so easy on video, but there is a lot that goes into a drag race, and running a quarter-mile is harder than it looks.

The GT500 Mustang has a “built block” and a bunch of other mods, including nitrous. The owner says that he is using a 125-horsepower shot. The only thing we don’t like about these videos is that we never get to see any times. We want to know what Demonology is running down the quarter-mile. The GT500 owner mentions taking a year to sort out the suspension and noted in the comments on the video that he launches at 4,500 rpm.