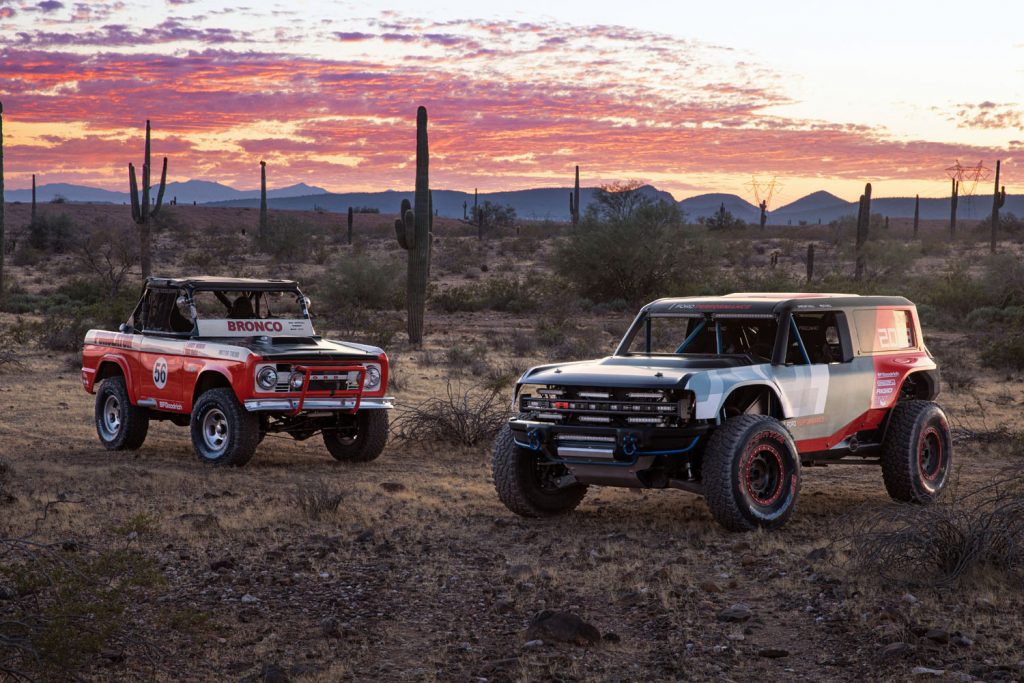 The Bronco R will race the Baja 1,000 later this month to tackle the grueling and legendary off-road race. Bronco R was developed by Ford Performance in collaboration with Geiser Bros Design and Development, and Baja 1000 Trophy Truck champ Cameron Steel. The race truck has both heritage-inspired design and proportion hints of what the Bronco will show next spring, according to Ford. While the Bronco R hints at the production Bronco to come, the race truck is a one-off build. The build team focused on creating a race-ready look with heritage cues. The truck has a compressed body height and long-travel suspension. The body is made of composite and has a clamshell hood and roof and body panels meant to remind of the 1966 to 1977 Bronco models of the first-gen of the iconic off-roader.

Inside the race truck are lightweight off-road racing shells from Recaro for all three seating positions. The surfaces of the instrument panel are meant to be a nod to the first-gen Bronco. The truck has a MoTeC data acquisition system for real-time monitoring.

The race prototype is built on a modified Ford T6 architecture that will provide the base for the production model. It has 14 inches of suspension travel, 17-inch beadlock-capable wheels, and 37-inch BFGoodrich tires. The best part is that the Bronco R has the retro design cues that fans were praying the production Bronco would offer. 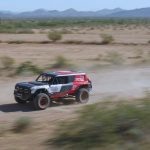 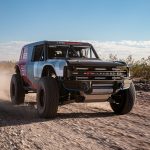 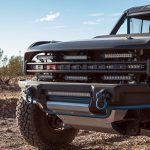 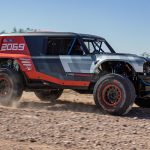 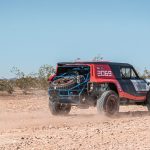 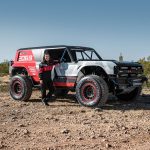 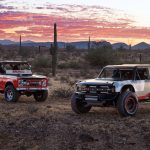 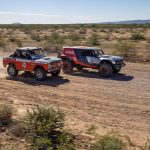