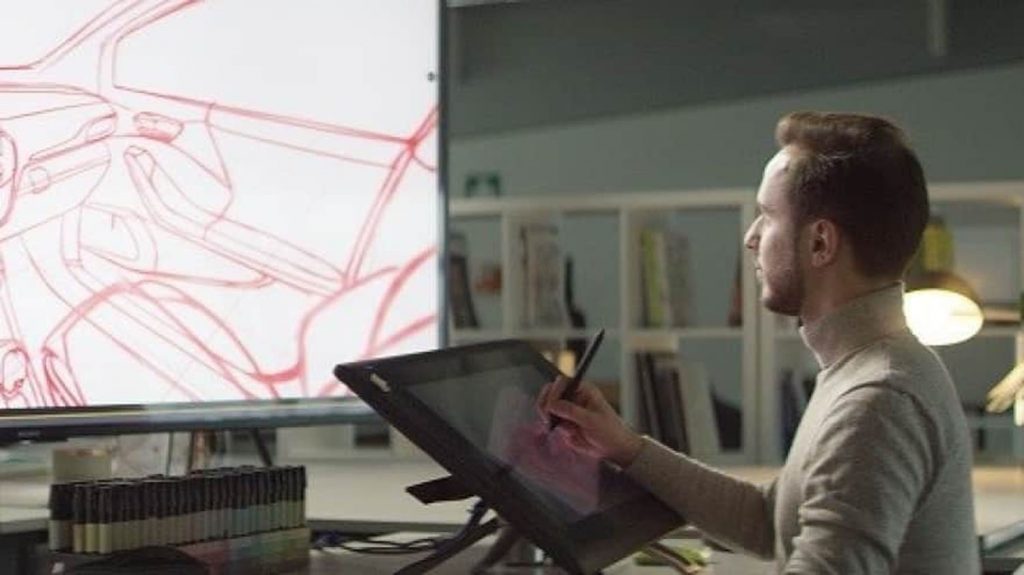 Ford is talking up the new digital design tools that it is using to design vehicles instead of the old pencil and paper sketch pad. The tools that Ford is using now allows a designer to imagine and share warnings that can be experienced from the driver’s point of view, or from anywhere inside the car. The drawings can be viewed in 3D or virtual reality.

Ford says designers traditionally produce 2D sketches that are later recreated as 3D CAD models. Ford says that 360-degree sketching makes it possible to see the dashboard, doors, seats, and console together and to understand better how the elements interact. The tool also allows designers to work on multiple elements at the same time.

The tool was developed at the Ford Design Center in Cologne, Germany, is called 360 Degree Sketching and is already part of the design process for new vehicles. The team of Ford designers is also using animation to bring sketches to life by lighting up the dashboard cluster and screen. The tools also allow designers to move elements around and add more mood and atmosphere to each sketch.

The inspiration for the tool came from video game development that involves creating a world and having a player move through and interact with that world in VR. Ford’s sketch tool provides a template for potential driver experiences and creates an interaction between the viewer and interior well before the CAD phase. Ford previously became the first automaker to work with Gravity Sketch, a tool to allow designers to come up with human-centric designs.