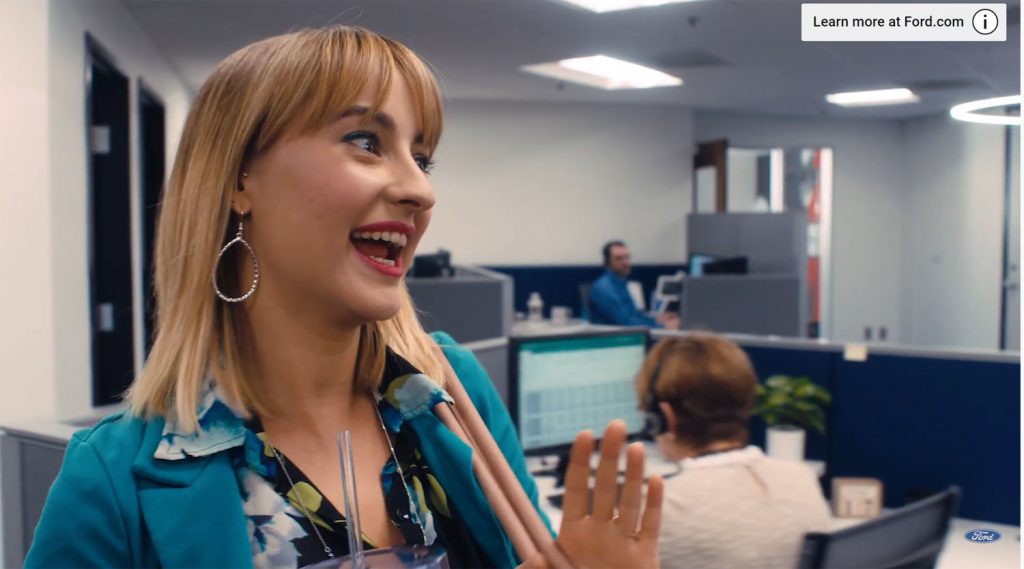 Ford put a handful of new ads up on its YouTube channel that tout the coming Ford EV offerings. We know that Ford has the Mustang-inspired EV that will be unveiled next week. It also has a battery-powered version of the F-150 coming. As Ford gears up to get into the electric vehicle market in a big way, the automaker is also working on dispelling myths about EVs.

The automaker said that education is a big deal in the EV market. One of the biggest concerns about a Ford EV, and EVs in general, is range anxiety. Most EV owners charge their vehicles at home and never use a charger in a public location. The new series of commercials is called “Electric Vehicles: You Don’t Have To Be At 100%,” and this commercial is called “Co-Worker.”

We’ve all known or worked with someone who is too upbeat and excited to be at work on a Monday. The commercial shows a woman walk into her office on a Monday, talking loudly and enthusiastically about what her weekend was like. The woman is excited about a Monday and getting to work, to the chagrin of her co-workers.

It’s a funny way to make people think about how much energy they really need. With the average commute somewhere around 20 miles per day, an EV like the Mach-E with a promised range of 300 miles could make that trip for a week without needing to recharge.