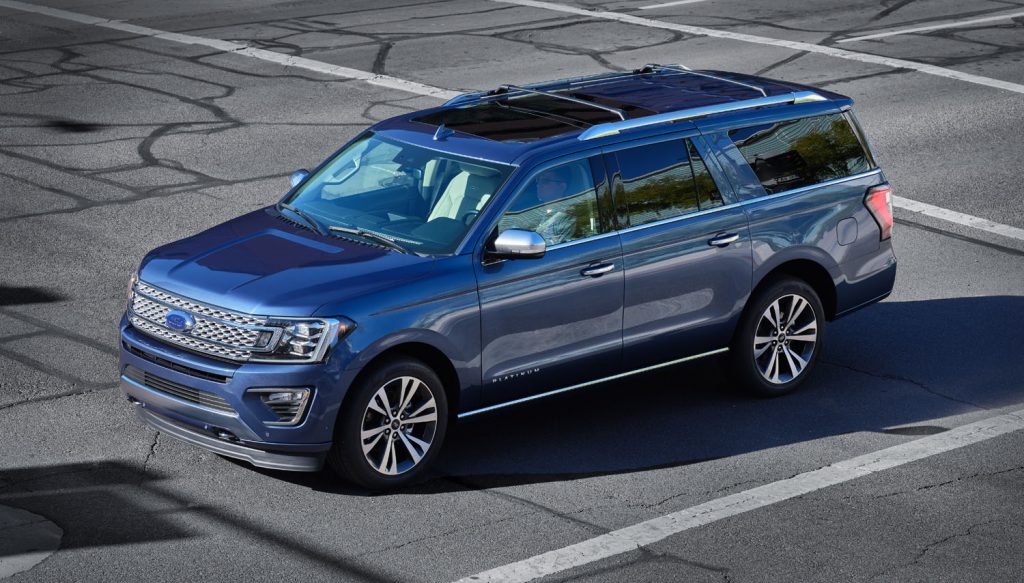 Ford Expedition sales increased in the United States and in Mexico during the third quarter of 2019.

In the first nine months of the year, Expedition sales increased about 53 percent to 62,155 units.

In the first nine months of the year, Expedition sales decreased about 2 percent to 679 units. From a segment share standpoint, the Tahoe/Suburban accounted for a combined 46 percent of the segment’s sales volume, followed by the 22 percent of the GMC Yukon and 22 percent for the Expedition. The Armada and Sequoia had 7 and 4 percent, respectively.

However, it’s worth noting that the Expedition posted far and away the highest percentage increase in sales volume in its segment. The massive 48-percent increase in Ford Expedition sales volume is highly impressive and comes at just the opportune time, as the Expedition is the newest vehicle in its segment. We believe that this particular circumstance is what most enabled the model to make the significant 48-percent jump in sales during the third quarter, thereby allowing Ford to chip away at GM’s dominant position in the space with the Tahoe/Suburban and Yukon/Yukon XL.

To that end, Ford’s cross-town rival, General Motors, is prepping all-new versions of the Tahoe, Suburban and Yukon. The new models will launch in the first half of the 2020 calendar year as 2021 model-year vehicles. Until that takes place, we expect Ford Expedition sales to continue growing thanks to the following factors:

Another noteworthy development for Ford Expedition sales is that, according to Ford, buyers 25 to 44 years of age made up almost half of Expedition retail sales during the quarter. That’s a relatively young demographic for the vehicle, further demonstrating the desirability of the Expedition.