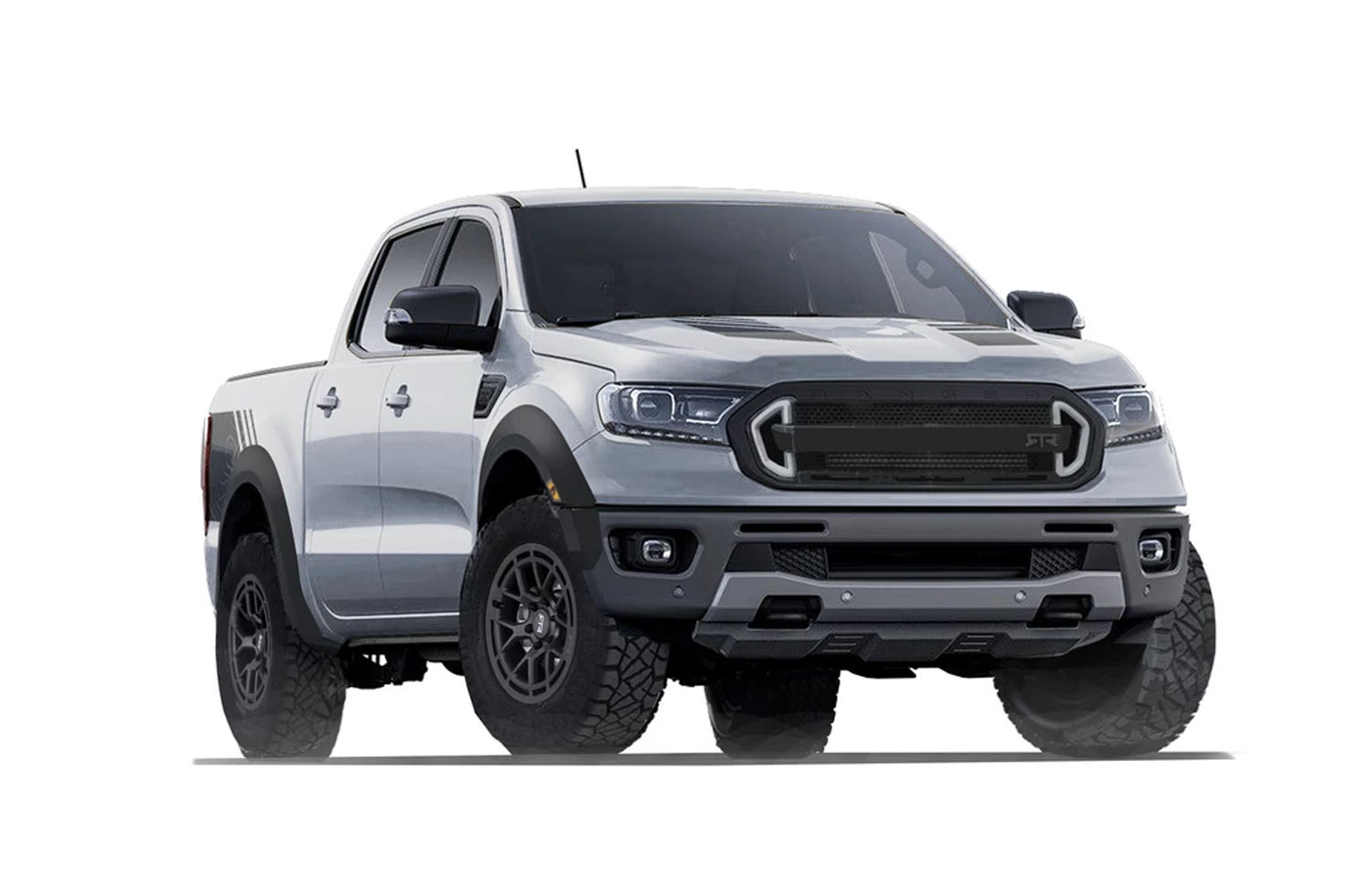 One of the cool Ford Ranger trucks that Ford was teasing before SEMA 2019 was the RTR Rambler truck. While most of the cars and trucks that are seen at SEMA are one-off builds that ordinary folks can’t afford, the Ranger RTR truck will be a package that anyone can buy and have authorized dealers install on their new Ford Ranger.

One thing we wondered when we saw the truck in renderings and at the show was how much it would add to the price of a stock Ford Ranger truck. Many of these parts are likely to be sold individually for Ranger owners to add to their truck on their own if they desire. RTR has done this in the past with RTR parts for the Ford Mustang, and there is no indication it won’t do the same with the Ranger. The standard parts list for the Ford Ranger RTR is as follows:

Optional parts for the truck include an RTR leather package and an RTR Grille with LED lightbar. The standard RTR package adds $9,800 to the price of the truck. We aren’t sure if the package price includes installation. The options aren’t priced up on the RTR website.