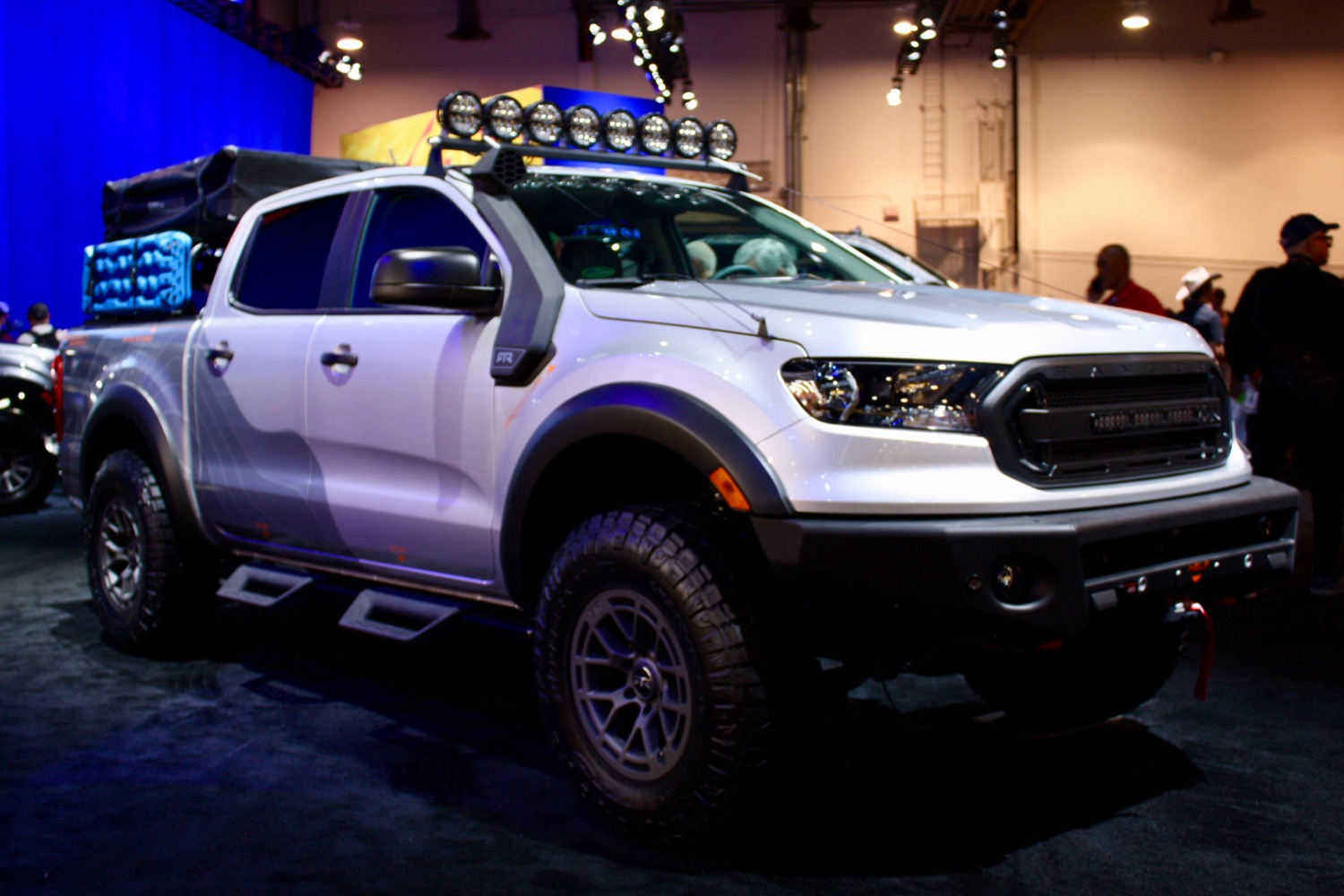 Snow was nowhere to be found at the 2019 SEMA Show in Las Vegas, but this custom Ford Ranger brought the cool mountain-ready vibes all the same. Based on a 2019 Ford Ranger XLT Sport SuperCrew FX4, this truck was extensively upgraded by RTR Vehicles, and features a variety of new equipment for performance, styling, and capability. RTR Vehicles is best known for working its magic on the Ford Mustang and Ford F-150, but now it’s trying its hand on the Ford Ranger as well. Up front, the Ford Ranger now sports a new bumper from Ford Performance by ARB, which is equipped with a winch. There’s also a new RTR upper grille that completes the look with eye-catching styling. When it comes to bringing some civilization along for the ride, a Yakima tent, portable refrigerator, and air compressor are all on board. There’s also a Ford Performance recovery kit by WARN Industries in case things get dicey. Making it all go is a 2.3L inline four-cylinder EcoBoost engine mated to a 10-speed automatic transmission. Feeding the ‘four is an RTR snorkel kit, while a new Ford Performance cat-back exhaust with black chrome tips spits spent gasses. There are a few goodies inside as well, such as new floor liners, a first aid kit, and an RTR dash plaque, the latter of which is signed by Vaughn Gittin Jr. What would you do with this upgraded Ford Ranger? Let us know in the comments, and don’t forget to subscribe to Ford Authority for more Ford Ranger news and around-the-clock Ford news coverage.