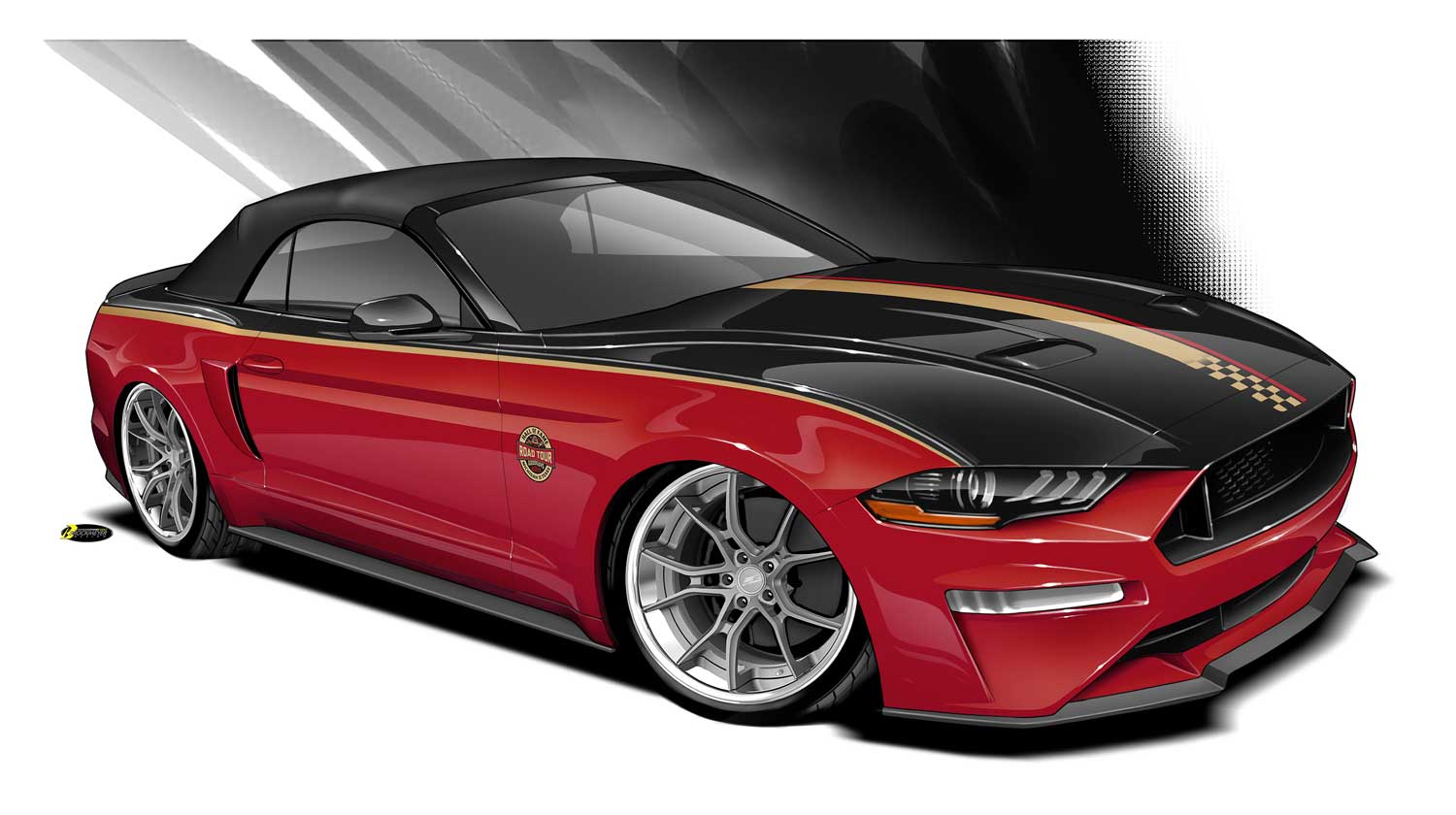 Most of what Ford is talking up for SEMA 2019 are trucks and SUVs, but there are at least a couple of Mustangs that are going to the show. We talked about one earlier today with the California Pony Cars Mustang GT. Ford has unveiled another slick Mustang called the Goodguys Rod & Custom Association Ford Mustang Convertible.

The car has Brembo brakes all around and rolls on B-forged 20-inch wheels shod with Michelin Pilot Sport tires. The vehicle has a custom paint job with red, black, and gold PPG applied in a very cool two-tone pattern. To keep the hood up when showing off at car shows, the Mustang has Ford Performance hood struts. It also has a decklid applique, Ford Accessories side scoops by Air Design, GT Performance fender flares, front and rear spoilers, and a rear diffuser.

The car also has a Classic Design Concepts carbon convertible roll hoop. Other interior tidbits include Ford Accessories premium floor liners and SIDCO custom upholstery. We’d like to see more pictures of the car; we aren’t huge convertible fans, but the custom paint is very cool, and we like the wheels in the rendering.