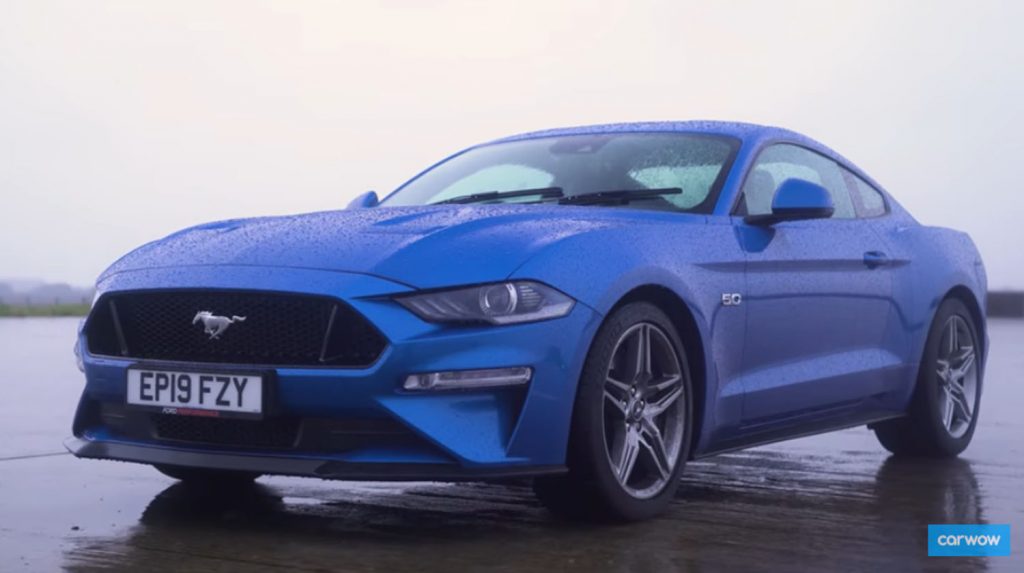 We’ve seen trend Supras square off against the Mustang GT before, and the race action wasn’t that great in that video. This time out, the guys at CarWow have hands on a Litchfield tuned Toyota Supra that packs 440 horsepower and 600 Nm of torque from its 3.0-liter six-cylinder engine.

The Ford Mustang GT in the race appears to be stock with its 5.0-liter V8 engine making 450 horsepower and 530Nm of torque. The Mustang GT is a version with a 10-speed automatic transmission. The supra is known to be underrated from the factory, but with a tune that doesn’t really matter. The video offers a drag race from the dig, rolling race, and a brake test. The first race is the one from the dig.

The next race was a rolling race at 50 mph with the cars set for comfort. The roll race saw the Mustang beaten again. The tuned Supra is much faster than a stock Mustang GT. The Mustang wins in the cost department; the Supra is “53,000 pounds” in the UK plus about “a grand” for the ECU upgrade. The Supra is also rather homely to our eyes.