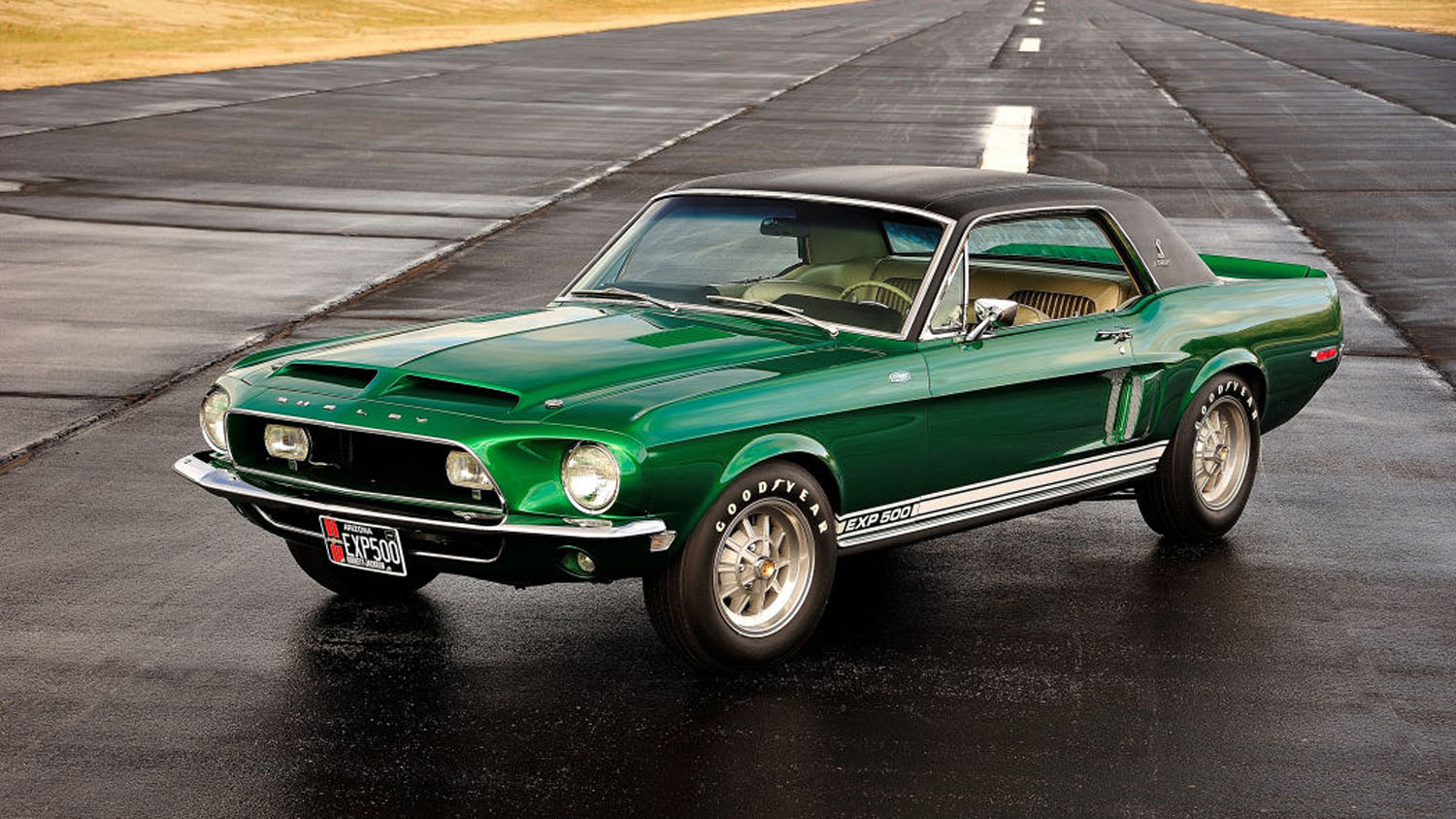 Craig Jackson is CEO of Barrett-Jackson auctions and routinely sells off some of the coolest cars in the world. Jackson also owns some very fine cars of his own. One of the coolest that he has in his stable is the 1968 Ford Mustang Shelby prototype called Green Hornet. Jackson also happens to own the second of two Shelby Mustang notchback prototypes from the era called Little Red. The 1968 Shelby Green Hornet and Little Red prototypes were the only two notchback coupes that Ford and Shelby American built. The production cars were all fastback bodies. Those familiar with the California Special Mustangs might recognize the design. While the two prototypes were used as testbeds for the GT/Super Coupe program, the design eventually turned into the California Special. Green Hornet was originally Lime Gold, and after Ford gave the car to Shelby American, it was repainted to the iconic green paint with gold metallic flake. The 390 cubic-inch V8 was removed when the car was given to Shelby American and replaced with a giant 428 Cobra Jet big-block V8 with Conelec fuel injection, a 6-speed automatic, an independent rear suspension and disk brakes.

Green Hornet was previously restored in 1993, but it wasn’t as Shelby American had left it. Jackson sent the car to Jason Billups in early 2018 for a frame-off restoration to the specification when Shelby finished with it. The car was seen in its newly restored form at SEMA 2019 for the first time, and it looks good. After being seen at SEMA, the car will presumably go back into the garage where Jackson keeps Little Red and the rest of his collection. We’ve seen a tribute car made to look like Green Hornet before.