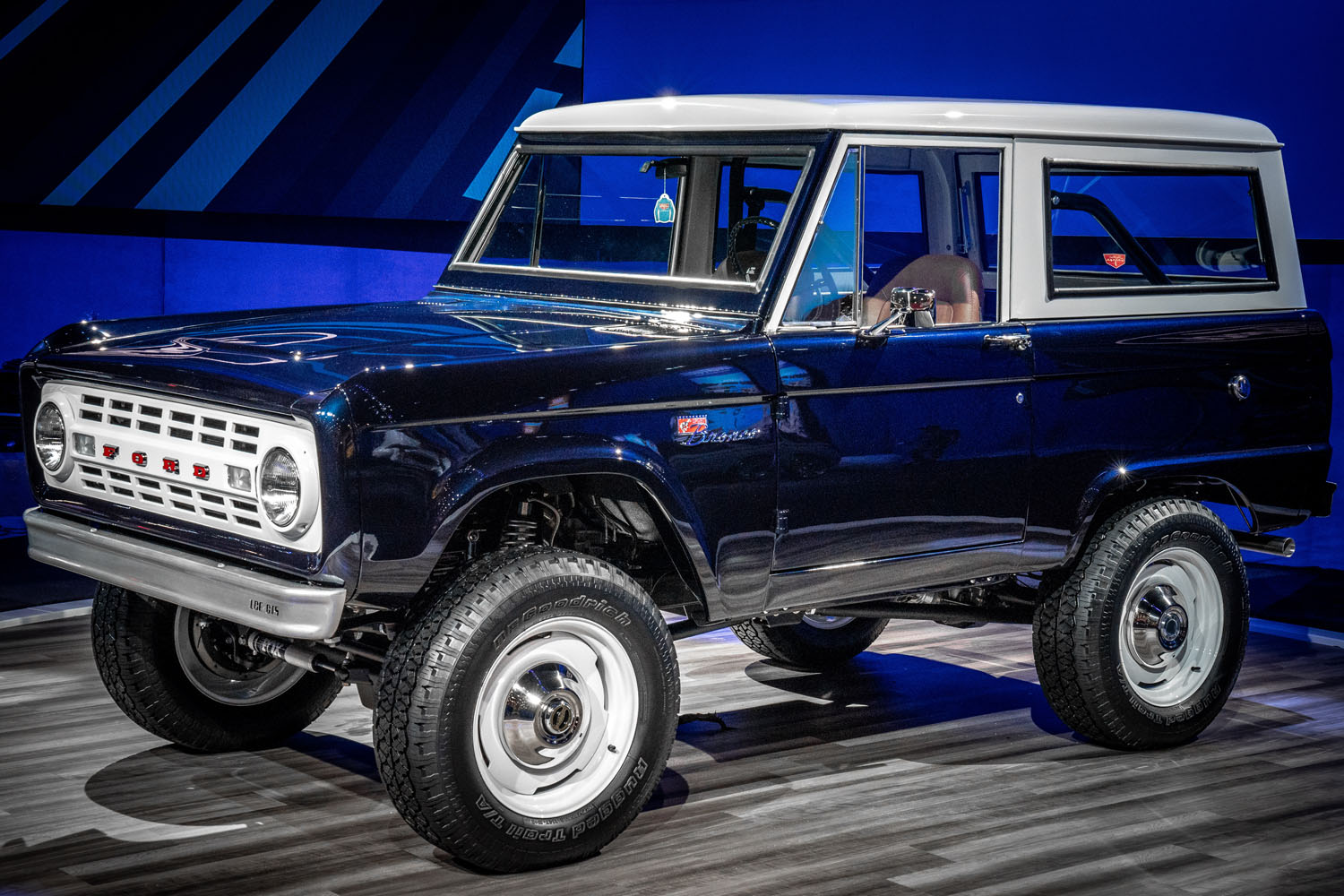 When Jay Leno received this 1968 Ford Bronco, it wasn’t in the condition the ride is in now. The 1968 Ford Bronco was given to Leno by late-night TV host Craig Ferguson on the last night of taping for Leno’s former late-night talk show. Ferguson had no idea that the derelict SUV he had parked in Leno’s spot on the parking lot was an iconic and desirable vehicle, but Leno did.

He accepted the gag gift, and it sat in his garage all these years until recently. Leno and Ford Performance teamed up to bring the 1968 Bronco to better than new condition and put it on display at the 2019 SEMA show. The coolest part of Leno’s restomoded Bronco is that under the old-school hood hides the heart of a 2020 Shelby GT500 making 760 horsepower. The supercharged Predator engine is paired up with a TR-4050 5-speed Silver Sport transmission. That should be more than enough power to burn down the skinny, retro-looking tires on the Bronco at will. The Bronco was resorted with help from Kincer Chassis, a company licensed to do Broncos by Ford. Body panels for the Bronco were courtesy of Dennis Carpenter Ford Restoration Parts. SEMA Garage contributed technical help with CAD, 3D printing, and calibration work. LGE-CTS Motorsports revived the body of the old Bronco with the new sheet metal, custom body mods, paint, and final assembly. Leno recently spent hands-on time with the 2020 GT500 on his show.

Leno will be showing off his epic classic Bronco build on an upcoming episode of Jay Leno’s Garage. Full specs are as follows: 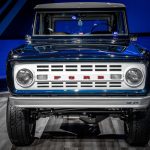 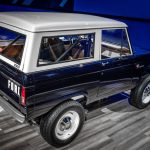 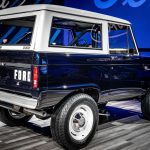 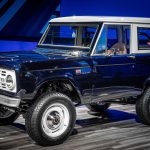