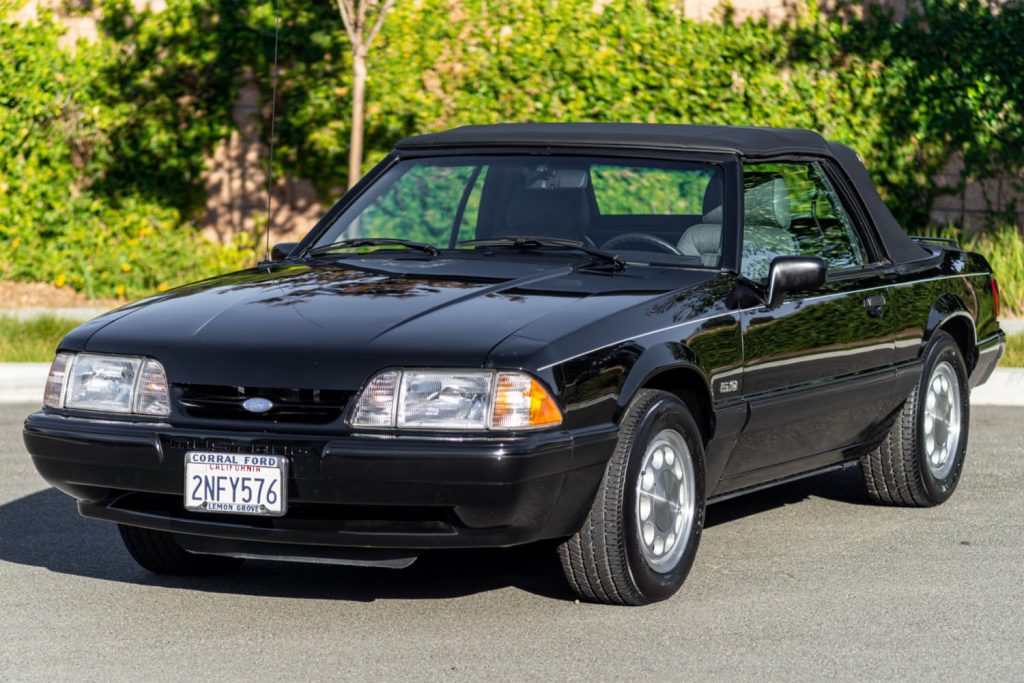 The owner of a very low mile Fox-body Mustang has taken to the forums at Stangnet to try and sell what is said to be a “barn find” 1989 Mustang LX 5.0 convertible. The few images the seller has tossed up appears to show a very clean car. It should be clean, considering the claim that the car has only 193 miles on it. The current owner says that if the car doesn’t sell on the forums, it’s going to Barrett Jackson in January. Honestly, we think it is cool that a Fox-body with only 193 miles on it exists, this 1989 Mustang LX 5.0 convertible doesn’t excite us much. It’s a run of the mill drop-top 5.0-liter Fox with an automatic. Fox-body convertibles just weren’t that great in the day. This from a guy who owned a 1993 LX convertible with the anemic 4-cylinder under the hood. It felt as if it would snap in half crossing train tracks. The car is black with a black top, and the factory boot cover is included. Those things were so hard to put on they tended to be cast aside and are rarely found with Fox-body convertibles in our experience. The car comes with all delivery materials and service records from 2016. It has a clean title and Carfax report. It rolls on the correct 15-inch factory wheels with 225/60 Goodyear Eagle VR6 tires that are original. Those tires are flat-spotted and will need to be replaced to be a driver. The GT seats are covered in gray cloth, and the car has California emissions, Traction-Lok rear axle, power windows/mirrors/locks, tilt steering, AC, cruise, and more. The seller says anything over $35,000 takes it. We recently saw a 1987 Mustang GT for sale that had 7,800 miles on it that looked like new. That seller was asking $35,900. 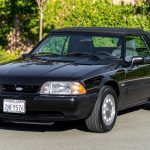 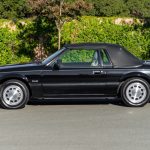 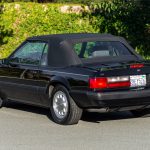 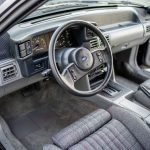 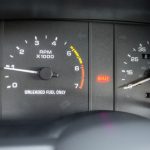