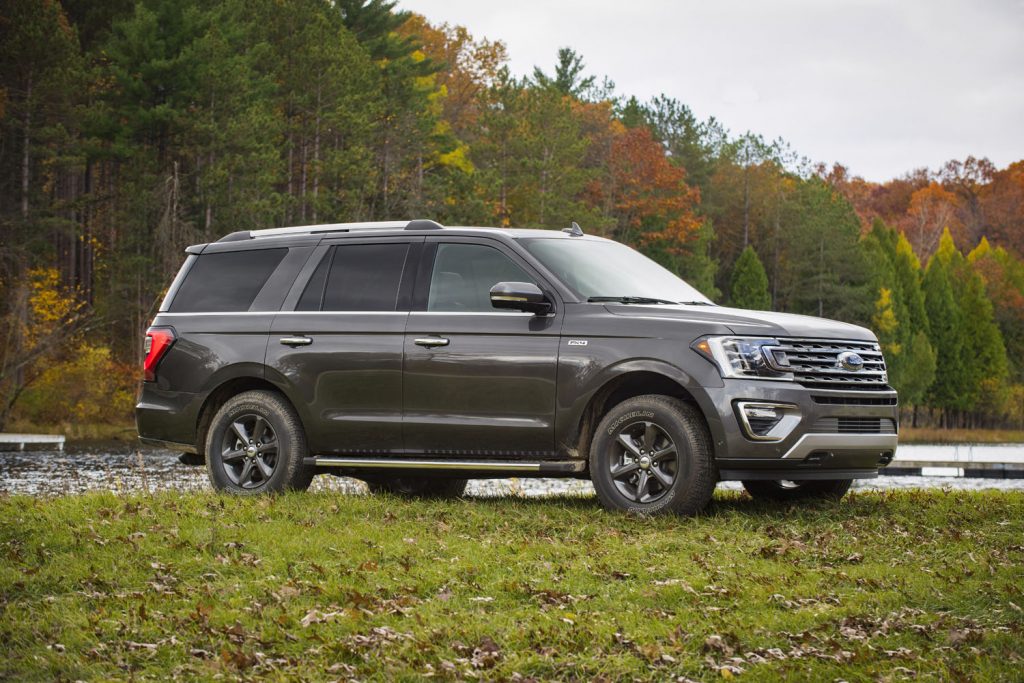 Ford has announced what it calls the most trail-ready premium version of the Ford Expedition it has offered. The new package builds on the upscale 2020 Ford Expedition Limited trim and is called FX4. Ford uses the same FX4 designation for off-road packages that it offers on its Ranger and Ford F-150. Other FX4 package additions include seven underbody skid plates, including a sand shield to protect the turbocharger intercooler. Steel plates protect the steering gear, engine, transmission and transfer case, and a full-length guard for the fuel tank. The front chin spoiler is shortened to allow the Expedition improved approach angles for climbing over obstacles. To increase off-road capability further, the FX4 also includes 3:73:1 electronic limited-slip diff and heavy-duty engine radiator. Adding the FX4 package doesn’t delete any of the other niceties that the Expedition Limited offers. It still features the premium leather seats and wood accents. It also has standard Co-Pilot 360 and an advanced Terrain Management System. The 360-degree camera provides a split-view to allow drivers and passengers to see the terrain around the vehicle more clearly. Ford is offering the package on the Expedition and the Expedition Max with both at dealers now. Ford is also bringing the Expedition King Ranch trim back.

Ford F-150 Lightning Will Not Get FX4 Off-Road Package