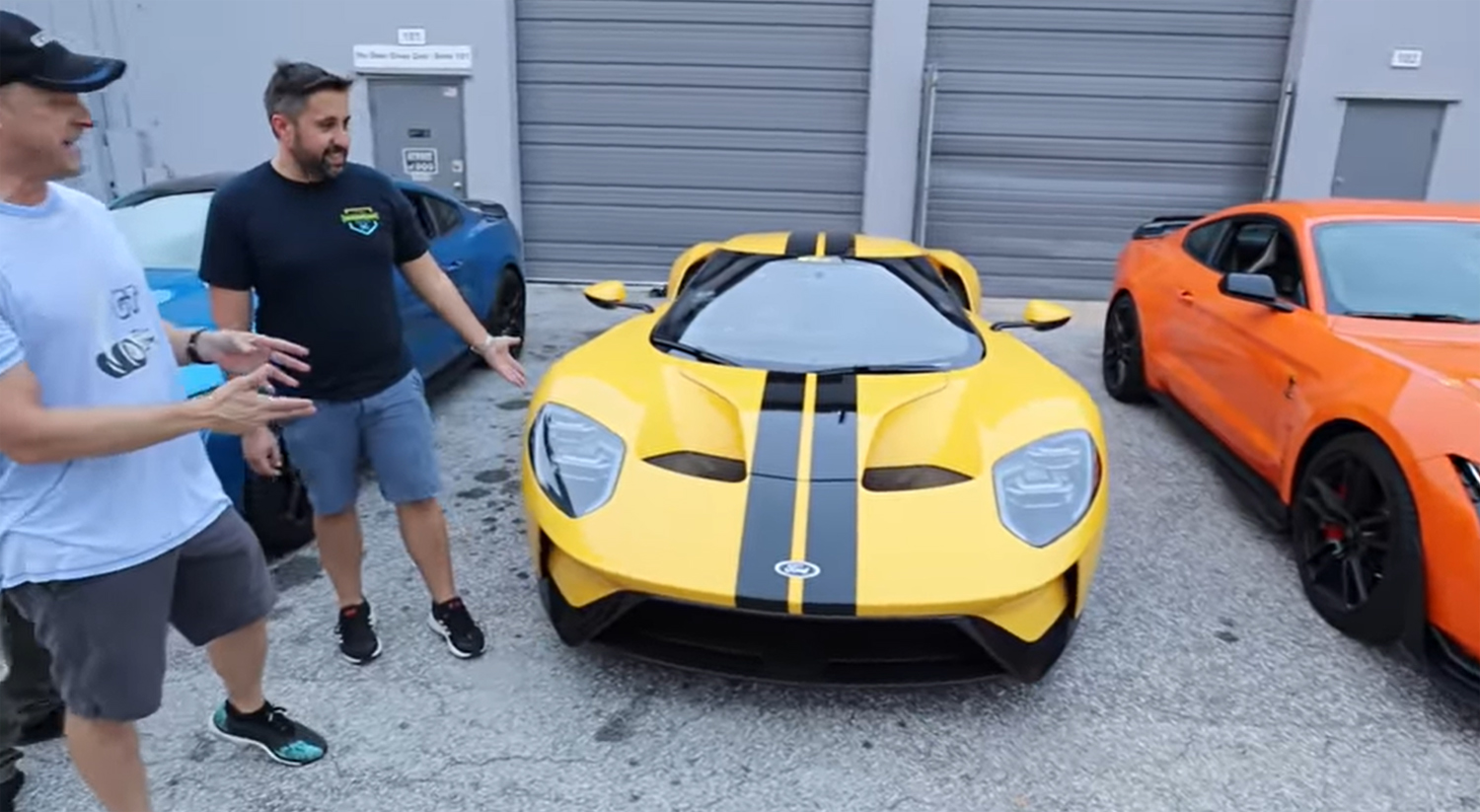 The two top dog cars that Ford offers today are the second-gen Ford GT and the all-new 2020 Ford GT500. The exciting thing about the 2020 GT500 is that it has a faster quarter-mile time than the Ford GT stock for stock in Ford testing. The gang over at DragTimes took their 2018 Ford GT and went to pit it against the new 2020 GT500 in a short race.

The racing action has a pair of GT500 cars with the blue one being box stock and the orange one having a tune that claims to have picked up 30-40 horsepower on 93 octane fuel. We assume that number is at the wheels, but that isn’t made clear. The catch is that the races were performed on a private road, so they aren’t made to the full quarter-mile distance. The races were in the 0-80 mph range. The blue GT500 appears to be a base model that doesn’t have Recaro seats or the carbon fiber track pack.

The Ford GT wins the first race easily, despite all the talk about old tires. The second race, the launch RPM for the Mustang, was lowered to 2,800 rpm, with the Ford GT still winning. Another race with launch speed at 2,100 rpm was run with the same results. Several more races were run, and it appears that the GT500 isn’t a match for the GT, at least in those conditions.

The next up was the tuned GT500 with the same results in race 1. A race between the tuned and stock GT500 proved to be very close with the stock car getting off the line much faster. We are looking forward to seeing the cars race over a quarter-mile or half-mile. We’ve seen a stock GT500 dip into the 10-second range with a passenger.