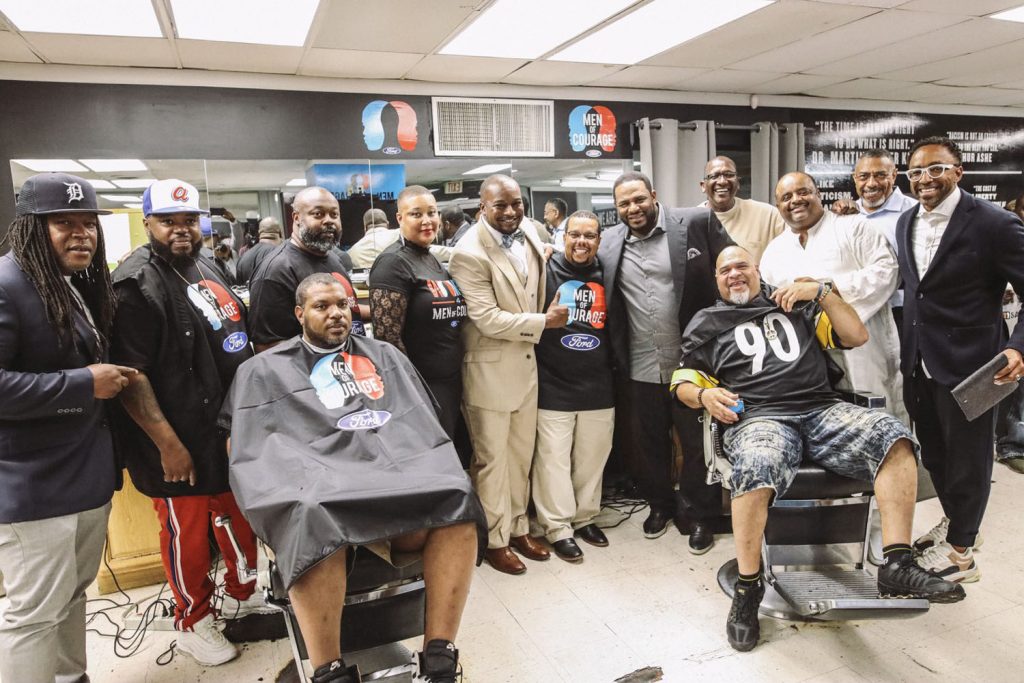 The Ford Fund is the philanthropic arm of Ford Motor Company, and it has announced that it has named the winners of its “Men of Courage” Cincinnati Barbershop Challenge. The winners of the competition were Precision Blendz owners Tommy Mays and Michael Thomas, Jr. The duo was selected to win a $10,000 grant.

Precision Blendz was selected for having the greatest community participation and the most creative partnerships over the three month competition period. The activities the men held at their business included conversations about suicide prevention and public safety issues with Cincinnati Police Officers. The duo also provided health screenings, sessions on building credit, and financial literacy.

Runner up in the competition was Razor 1 Kutz, and they will receive a prize of $5,000 to be donated to a non-profit of their choice. Mays and Thomas say that they will use the $10,000 grant given by Ford Fund for renovations and to improve the condition of their client experience at the barbershop.

Ford Fund notes that the Men of Courage Babership Challenge now heads to the pacific northwest to announce two finalists from the Tacoma, Washington challenge. The finalists selected in Tacoma include Goodfellas253 and Legends Barbershop.

The Men of Courage Babershop challenge is an extension of the Ford Men of Courage program, which is an initiative aimed at furthering the narrative of positive imagery and messaging around African American men. The program focuses on a keystone of these communities, the African America barbershop, and encourages owners to utilize their foundation to turn the conversation into outreach. Last we talked about the Fund was when it granted MSU money to install solar lighting.