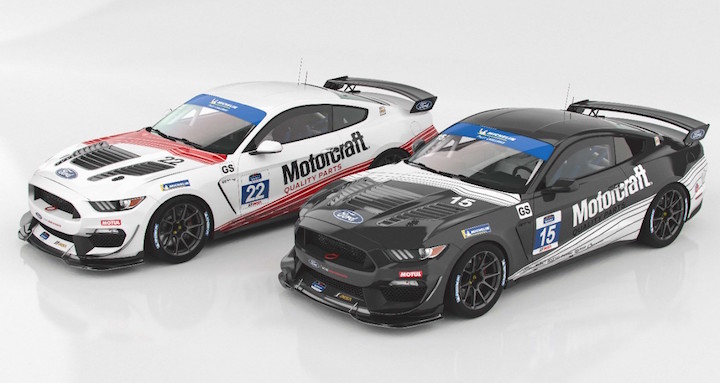 The Ford Mustang GT4 is a racing car that runs in multiple series around the world. The car has proven to be very popular with race teams, with Ford saying in February that there was global demand for the racing car. The Ford Mustang GT4 will continue to compete in the British GT series next season thanks to a new partnership between Academy Motorsport and Multimatic Motorsports. Academy has changed from its traditional Aston Martin Vantage to a pair of the Mustang racers built by Multimatic.

The Multimatic-built Mustangs made their debut in the series in the 2019 season. The GT4 went on to finish second in the Drivers’ Championship. Multimatic also raced the GT4 in the series coming in third place in the Teams’ standings. Multimatic will continue to be in charge of constructing the GT4 cars and providing components to teams running the cars. The driver crews for both of the new racing cars Academy will run will be announced at a later date. Academy Motorsport Managing Director, Matt Nicoll-Jones, says that the team is “delighted” to be representing Ford Performance and Multimatic in Europe. He went on to say that the product and support speaks for itself with the results of the Mustang, convincing the team that this was the right path.

Multimatic is happy to have the partnership as well, saying that it knows Academy Motorsport are the “right people” to continue the work started with the GT4 in 2019. The deal sees Academy Motorsport become a Multimatic-approved agent for the GT4 racing car across Europe. The team invites drivers to contact it to discuss British GT opportunities.