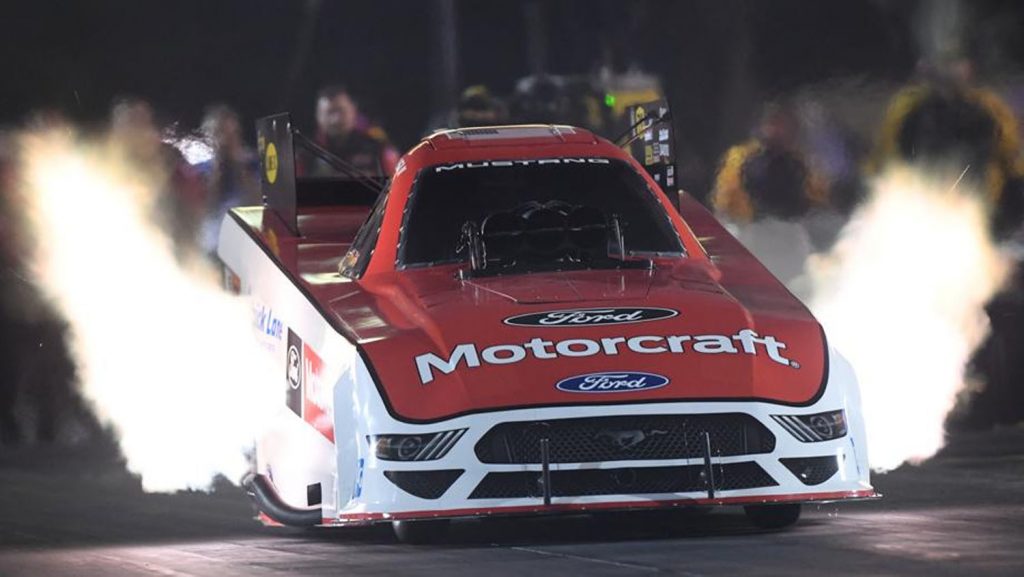 Ford Performance has announced that it, along with Ford Customer Service Division and its brands Motorcraft and Quick Lane, has signed a multi-year contract extension with NHRA team owner and driver Bob Tasca III. The deal will continue a long and fruitful relationship with Tasca’s Mustang Funny Car operation.

The contract extension comes after one of the most successful seasons in Tasca’s career with his Mustang Funny Car having won two races for the season in four final-round appearances. The team operates in the NHRA Drag Racing Mello Yello series and only returned to full-time competition last year. Tasca says that he has never been more proud of his team and that he is happy to be starting 2020 with a contract extension from Ford. The team will operate with crew chiefs Jon Schaffer and Mike Neff. Mark Rushbrook of Ford Performance Motorsports said that his team was “very excited” about the performance of the Tasca team in the first year of competition with the new Mustang Funny Car body. He also said that Ford is supporting of the new co-crew chief relationship and is confident of a successful 2020 season.

Last season Tasca finished fifth in the championship points standings. The NHRA announcement comes on the heels of Ford Performance announcing that it had signed a deal with DGR-Crosley in NASCAR that will see the team operate a driver development program for Ford’s top tier NASCAR effort. DGR-Crosley will field Ford racing vehicles in multiple race series.