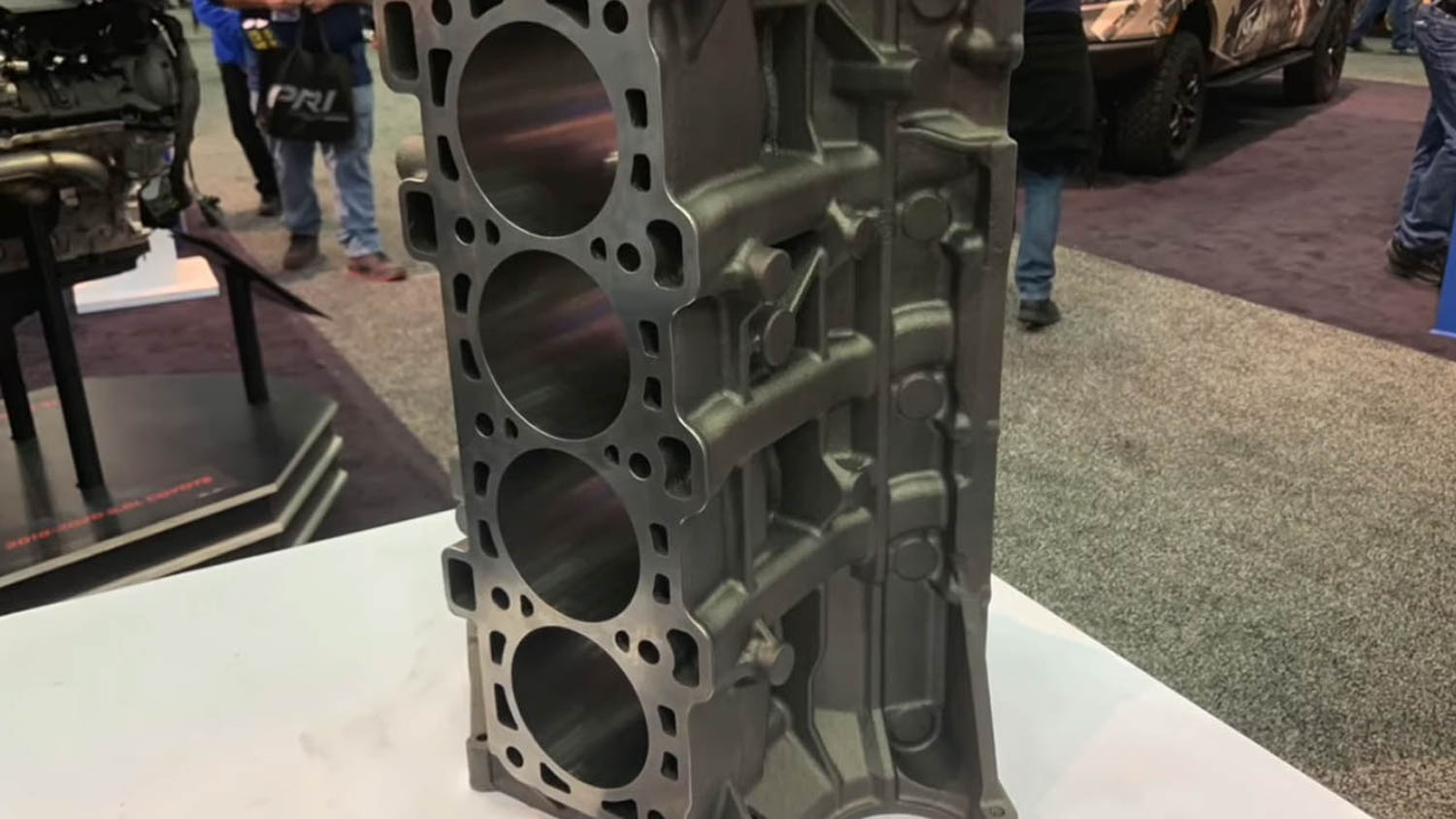 The Ford Mustang has used the aluminum block Coyote V8 engine for several model years, and it is a strong engine. Drag racers and enthusiasts who want to make more power than the aluminum Coyote V8 can muster have had no option, until now. Ford Performance was at PRI and unveiled a new block that the company calls “Werewolf,” and it is made for 5.0-liter applications with big power numbers in mind.

It has 12mm head bolt holes, billet steel main caps, drilled oil passages, and a raised crankcase ceiling to give more clearance for the rods. Ford says that the cylinders can be bored to 95mm and stroked to 99mm for a maximum displacement of 5.6-liters. Werewolf carries over the100mm bore spacing, main bearing bore size, and deck height from the normal Coyote design.

Ford has aimed the Werewolf cast-iron Coyote block at drag racers who want more reliability in their engine designs. Ford says that drag racers who are running shootout-level classes are going through several OEM blocks each year. Werewolf should get them through a season without issues. The block is expected to be used by engine builders to make 1,500 to 2,000 horsepower. The cast-iron block weight more than the aluminum block, but at that power level, it doesn’t matter. Ford’s werewolf block will ship to customers starting in Q1 2020 at $5,000 to $6,000.