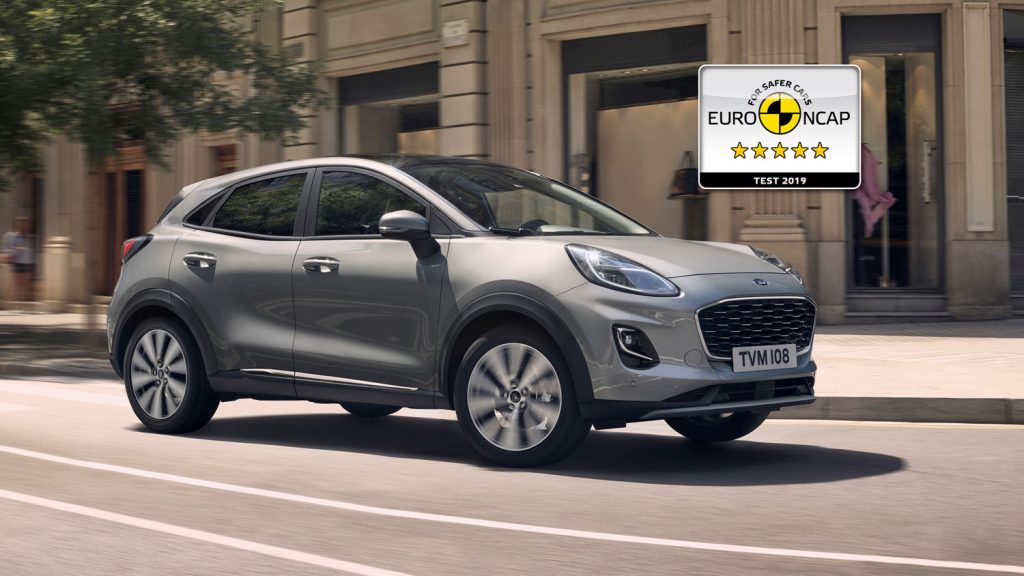 Ford has announced that the Ford Puma small crossover has landed a high score on the Euro NCAP test regime. The Ford Puma has earned a 5-star safety rating from the Euro NCAP independent crash test authority. The 5-star rating is as high a score as the agency gives out.

Puma takes its spot along with other top-performing Ford vehicles that are offered in Europe that scored 5-stars in crash testing. Both the Ford Kuga and the Ford Explorer scored 5-stars. The crash test results are for all versions of the Puma, including hybrid versions. Puma is one of eight-passenger car models from Ford that earned 5-star ratings. Puma has safety tech integrated with 12 ultrasonic sensors, three radars, and two cameras positioned around the car to deliver Ford Co-Pilot360 technologies. Ford says that tech is meant to make the driving experience safer and less demanding. The Puma has a hybrid version that offers a three-cylinder 1.0-liter EcoBoost gas engine that delivers 155 PS and has an integrated 48V mild hybrid system.

Europ NCAP wrote that the standard autonomous emergency braking system performed well in tests at low speeds where many whiplash injuries occur. Collisions were avoided or mitigated in all test scenarios.