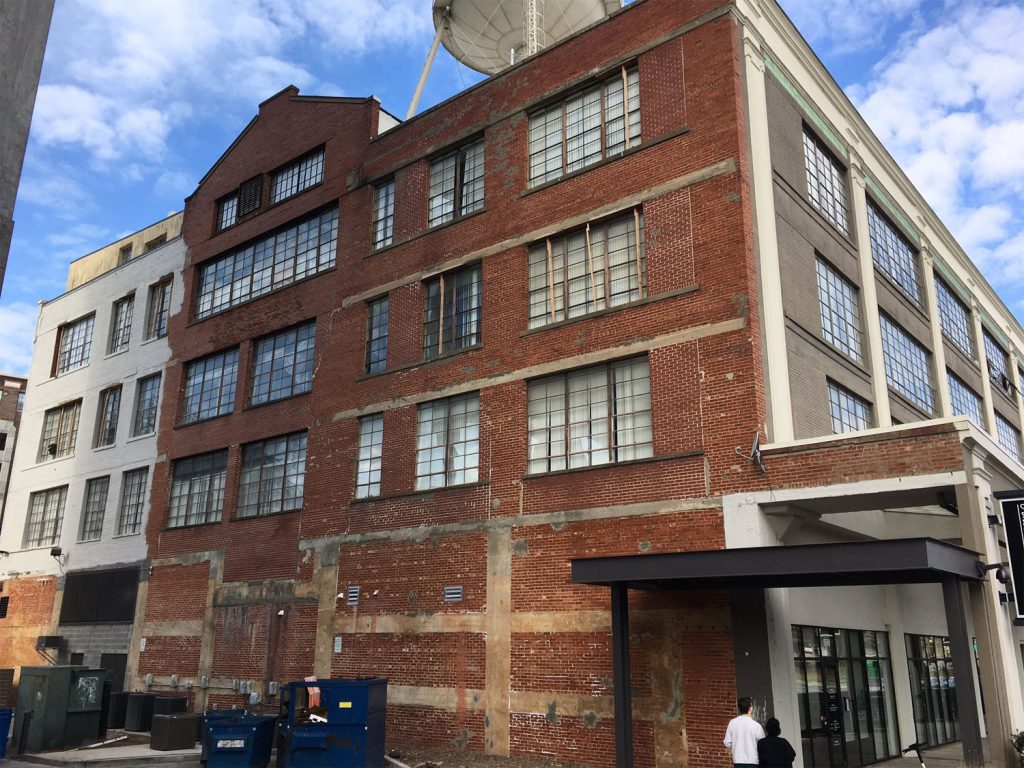 Several former Ford plants around the country are no longer in use. One of the big ones is in St. Paul, and the location is being turned into 40 new city blocks. A much older former Ford plant in Atlanta was originally built back in 1914 and stands at 699 Ponce de Leon Ave. Between 1915 and 1942, the old building was the Southeastern headquarters for Ford Motor Company.

The entire neighborhood where the building stands was once dominated by factories. The former Ford plant has now been converted to commercial and residential spaces, and the disregard for the history of the building has some people angry. Contractors recently began coating the original red brick in white paint, and preservationists were quick to cry foul. Despite that the preservationists are unhappy with the changes with the historic building, the building, known as Ford Factory Lofts, isn’t designated as historic, and the building isn’t in a historic district. That means there is no design review for exterior painting or any other changes that the building owner wants to make. The owners plan to spend millions making over the building.

The plan calls for 34,500 square feet of retail space and more than 100 upgraded loft apartments. The former Ford factory was sold in the 1940s to the War Department and was used as storage for the Army and Air Force. The War Department made several changes to the original factory at that time. It had partitioned much of the open space and floored over the light wells on the third and fourth levels. It’s unclear when the work at the former Ford factory will be completed.