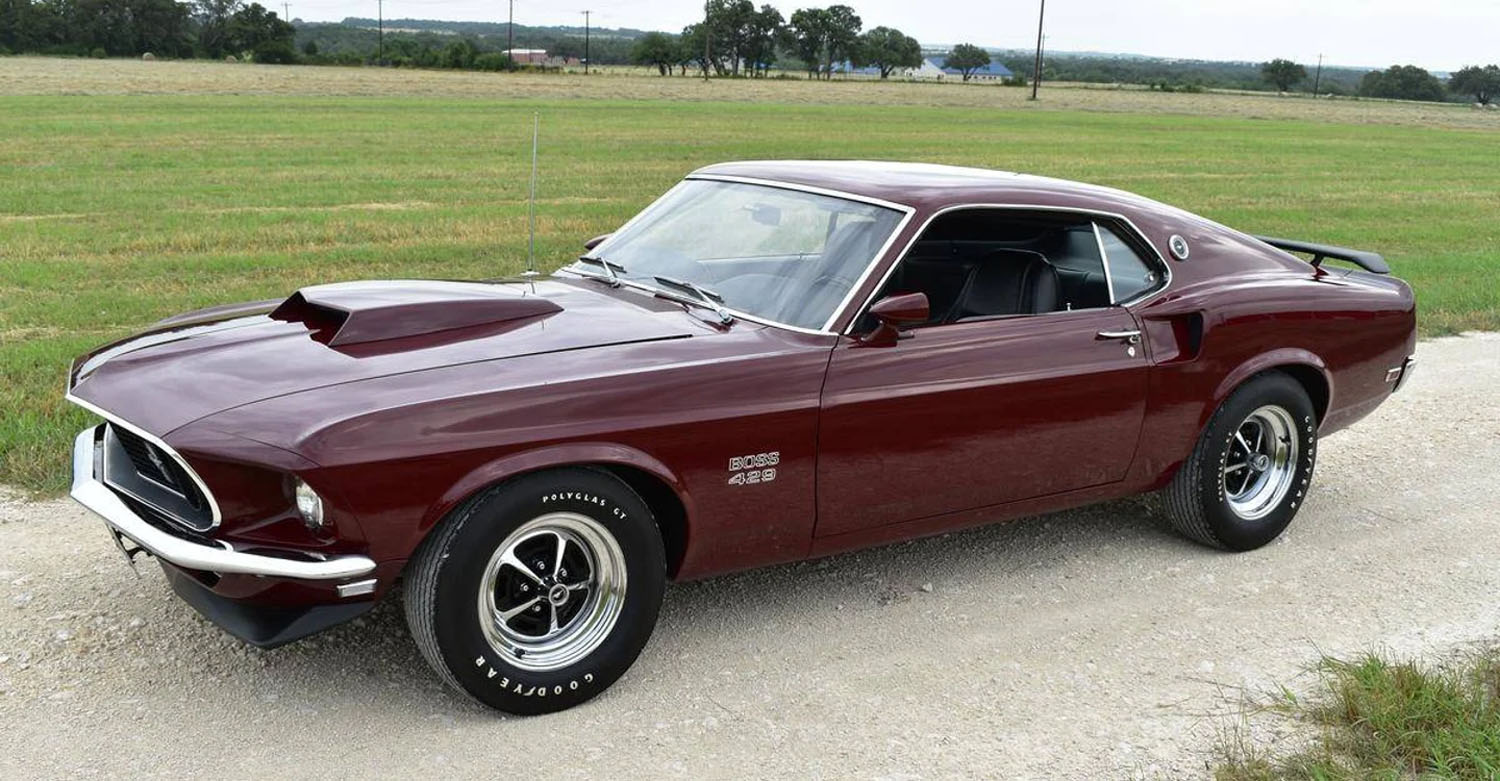 One thing you can count on is when a 1969 Mustang Boss 429 comes up for auction, it won’t be cheap. It doesn’t matter if it’s a rusted out hulk that needs a complete restoration, Boss 429s demand considerable sums. When you see a perfectly restored example of a 1969 Mustang Boss 429, you have to prepare yourself for the price. The interior is premium mustang with high-back bucket seats and simulated wood grain. The rear seats of the fastback fold down, and the dash is padded. The restoration on the car was done at the 17,000-mile mark, and the car has multiple shows wins to his credit. The engine is the heart of the Boss 429 with a factory rating of 375 horsepower, but some experts say the real rating was 100 horsepower more than that number. The engine has four-bolt mains on the bottom end, a forged crank and connecting rods, aluminum cylinder heads, aluminum intake manifold, and a Holley carb. The engine was so big that it had to be sent to Kar Kraft for modifications to the car chassis to get the engine under the hood. The asking price is certainly massive, but these cars are appreciating in value, and it seems to be perfect in condition. Check out Les Baer’s Boss 429 collection with one of every standard color.