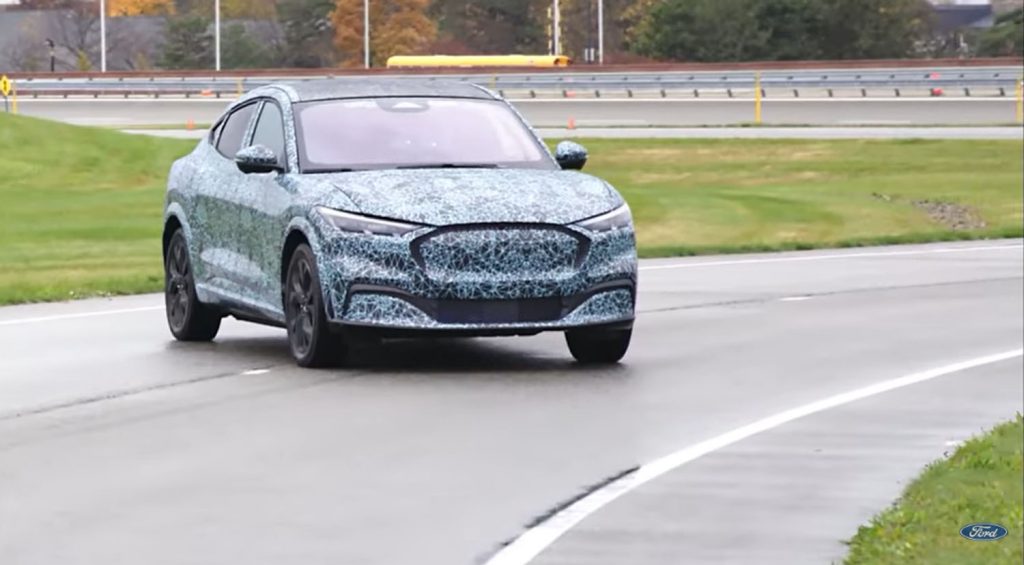 Ford published a new video recently that shows the Mach-E wearing camo apparently before it was officially introduced. The video was published earlier this week after we knew what the Mach-E looks like, and we can’t help but wonder why Ford sat on the video so long. After climbing into the Ford Mustang Mach-E, the driver takes off at a leisurely pace with music blasting. No one is impressed. It also appears that the back seat is a tight fit for three adults, and these are smallish adults. The driver then turns off the music and tells everyone they are in an EV. After a bit of hot rodding the Mach-E, The Stig asks Block how it feels, and Block says he thinks they can push it harder.

Block asks to drive and the EV and takes it a bit harder on the ride. Is Block impressed? We will never know, he’s a Ford spokesperson and driver after all. We’d like to see Block and The Stig suited up and pushing the thing in a video. As you can imagine, the comments on the video are mostly about the name Ford chose. Mustang fans will never let the name go, but the masses don’t care. The Mach-E officially debuted last month, and reservations are underway now.