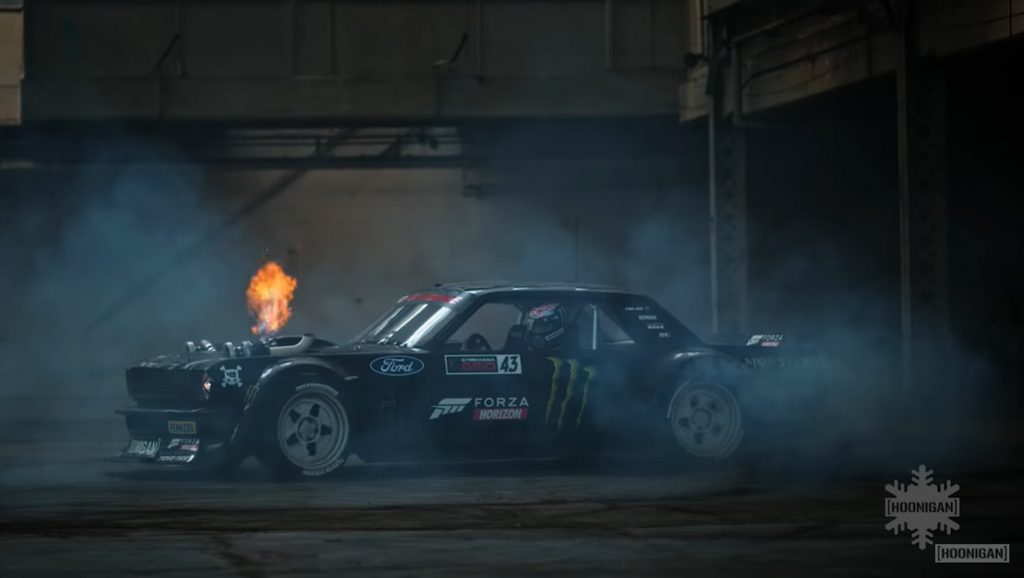 Each year at Christmas, you can find online and on cable videos that show fireplaces burning a yule log. It’s meant to allow those who don’t have a fireplace in their home to feel more festive. We’ve always thought it was a little weird if we are honest. Ken Block has something for fans who want some festive backdrops full of flames and tire smoke along with festive music to listen to.

Block and the Hoonigan team put up a video that lasts for two hours and seven minutes. During that time, you get to see the 1,400 horsepower twin-turbo AWD Ford Mustang that Block built for one of his infamous Gymkhana videos. The car first turned up in Gymkhana 10, and it’s hands down our favorite Ken Block car, and he has driven some cool rides in his videos.

You can right-click on the video and select loop, and it will play over and over as long as you want it to. The video went up last week and has racked up over 253,000 views as of writing. You can play it directly from our embed above. Merry Christmas, all!