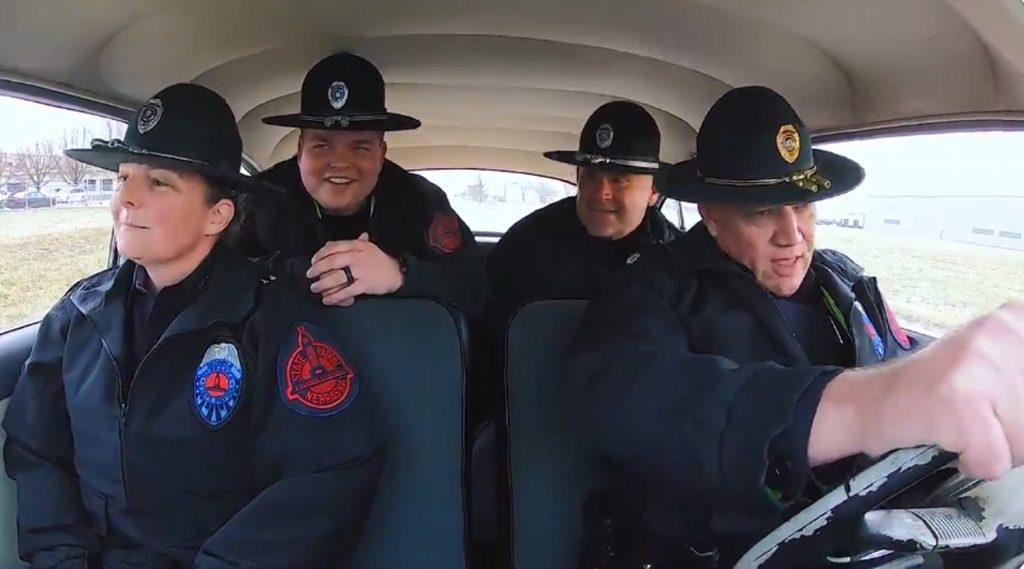 The Nebraska state patrol is a lively bunch of troopers. This is the agency that still has a cool 1993 Ford Mustang SSP that is on duty for special events. To celebrate Christmas, the patrol reenacted a scene from the holiday classic “A Christmas Story.” Ralphie’s pop drove a Buick and had a bad temper.

If your Christmas Story includes an "Oh Fudge" moment, call *55 to reach the NSP Highway Helpline. Troopers are ready to help.

Anyone who has seen the Christmas classic “A Christmas Story” will know the word that Ralphie utters when the lug nuts go flying. It’s cool to see highway patrol troopers being a bit less serious than they are when writing you a ticket for speeding.

If the car doesn’t run, that is too bad. It looks like it’s in excellent condition inside and out. We like it when police agencies keep old vehicles as part of their fleets for various parades and such. It’s always nice to see an old car that used to patrol the highways. You can check out the video in the tweet embedded above.

As cool as the video is, we’d still rather drive the 1993 SSP Mustang that the department has had since new. The notchback has the 302 cubic-inch V8 the Mustang made famous in the day and a 5-speed manual transmission. The car was originally rated at 225 horsepower and 275 pound-feet of torque.