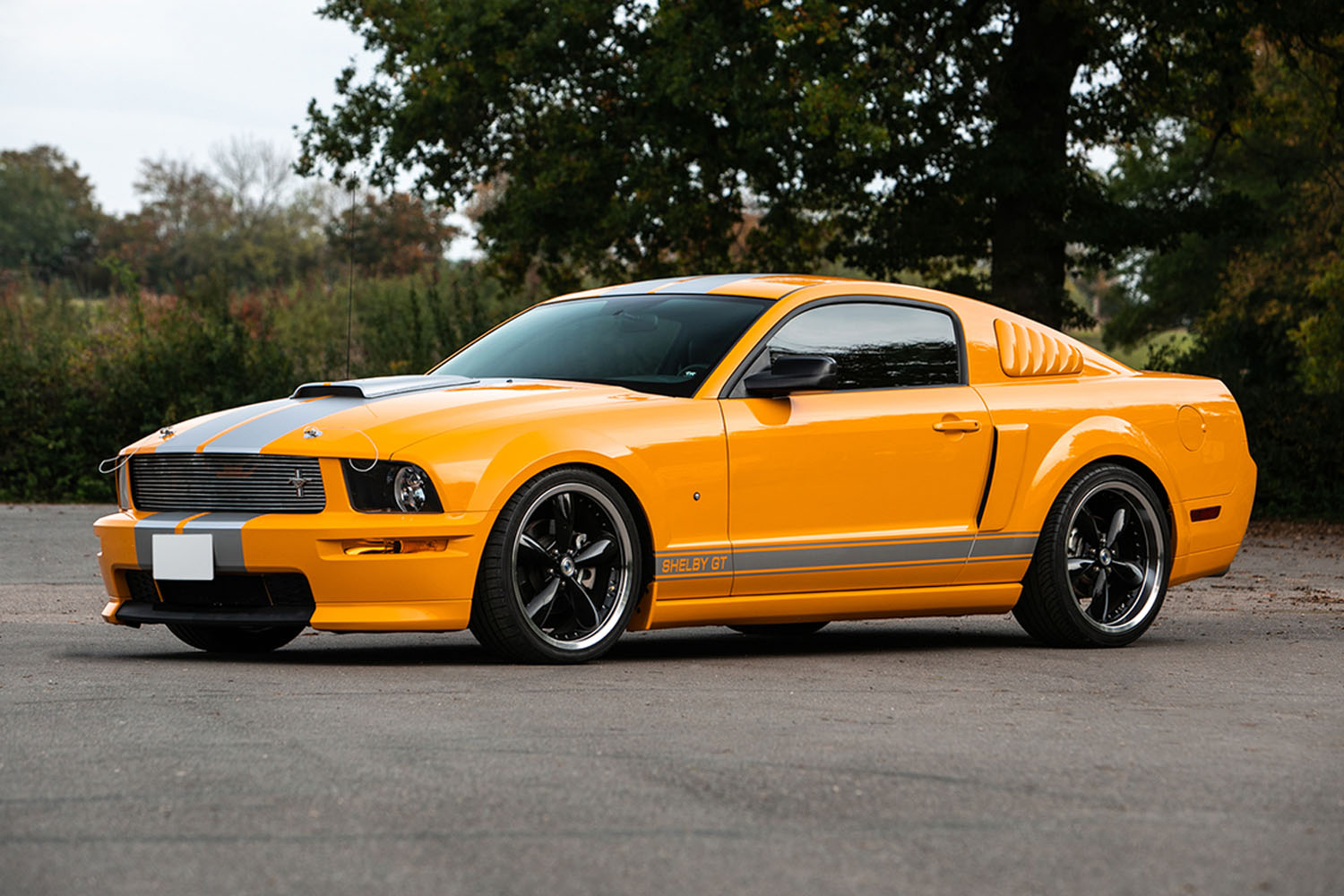 The car you see here is a very rare Shelby GT-C. It’s one of the 215 2008 Shelby GTs that were collectively painted Grabber Orange and sent to California Ford dealers in the day. That particular year all other Shelby GTs were painted blue. What’s even rarer than being one of the 2015 Shelby GT-C cars made is that this car is also in the UK. The S197 generation Mustang has made in left-hand drive only and never officially imported into the UK like the current Mustang. Add to the rarity of the car itself, and it being in the UK at all is that the ride has had a celebrity owner since it was new. The only owner is Manchester City footballer (soccer player) Vincent Kompany. The car has under 3,000 miles on it since it was brand new. This 2008 Shelby GT-C is number 50 out of that 215 unit run. It has a Saleen supercharger strapped to what the listing says is a 5.0-liter V8 engine paired up with a 5-speed transmission. That generation GT-C came with a 4.6-liter, three-valve cammer V8, so unless some work has been done, we don’t see listed, the displacement is wrong. The auction listing says that the car is fitted with a Ford Racing Power Upgrade Package and has a specially tuned exhaust system. A Handling Package ups the corner caving ability and includes dampers, lowering springs, anti-roll bars, and a strut brace. All of the GT-C cars are said to have a sun visor signed by the late Carroll Shelby. The listing calls out a strut tower brace, but it’s not on the car. We suspect the Saleen supercharger requires the brace to be removed for clearance. Driving music is via a 1000W Shaker audio system, and the transmission is fitted with a short-throw Hurst shifter. This 2008 GT-C is in clean and excellent shape. Pre-auction estimates peg the sales price at £25,000 – 30,000. Not long ago we talked about the red 2007 Shelby GT500 from the film “I Am Legend” that was up for auction.