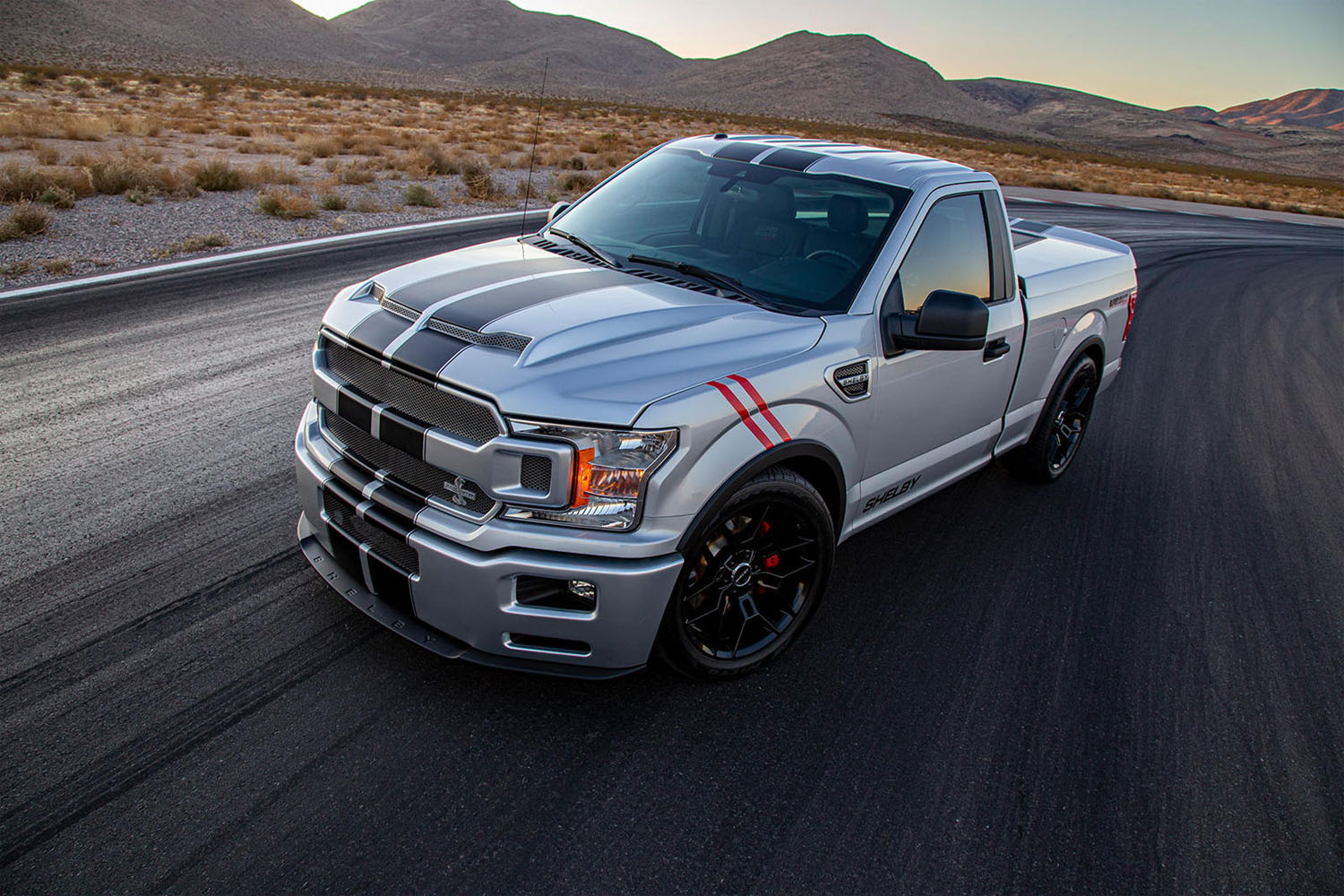 Shelby American is famous for performance all around the world and makes all sorts of hopped-up cars and trucks. We talked about a Shelby GT-H Mustang not long ago that was very cool. For the driver who wants more room and space but still wants performance, Shelby has a new truck. The truck is called the Shelby F-150 Super Snake Sport. The Shelby F-150 Super Snake Sport will be a limited edition ride with Shelby making only 250 units. We think at the asking price, Shelby will be hard-pressed to sell 250 of these trucks in a year. The Super Snake Sport truck started life as an R&D project at Shelby, and the response was so good that Shelby decided to build it. There will be two versions with the basic one offering the standard 395 horsepower 5.0-liter V8 engine. Performance fans will want to opt for the optional supercharger that pushes power to 770 horsepower. With that blower fitted, the truck will go from 0 to 60 mph in 3.45 seconds and reach 100 mph in 8.3 seconds. Both versions look the same with a full Shelby body kit, including a ram air hood. The suspension is tweaked with Shelby parts to handle better. As you would expect with a souped-up truck, it comes with an aftermarket exhaust system. To slow the beast down, Baer brakes are fitted all around, and the truck rolls on 22-inch Carroll Shelby wheels. Inside the truck is a full Shelby leather interior is installed along with custom gauges, billet pedals, and special numbers CSM dash and engine plates. Pricing starts at $86,085 for the base version and goes up to $93,385 for the supercharged version.

What Went Into Engineering The 2017 Shelby Super Snake: Video