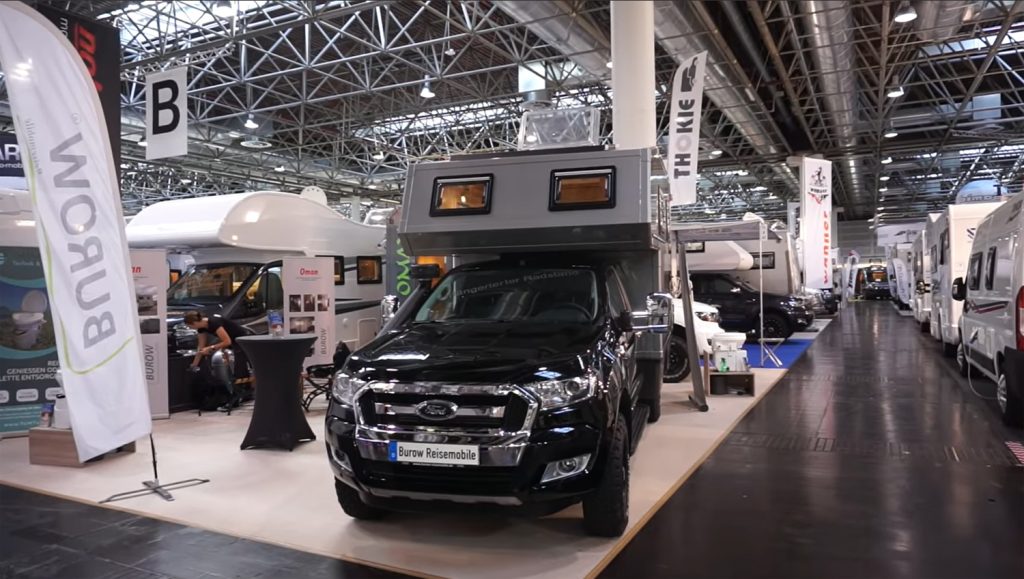 We all know at this point that the majority of the cool campers that are offered don’t make it to the States. Typically they are exclusively European, where people love to go caravanning. The vehicles in the video here are the Burow Reisemobil Oman, and they are based on the current-gen Ford Ranger pickup.

We like that the sink and the table are retractable to get more space inside when not needed. Inside the bathroom, if you ware trying to shower and don’t need the sink, it slides into the wall to give a very large shower stall. The toilet inside the bathroom is a composting toilet.

The refrigerator is near the door as you come into the camper area. A small two-person dining table is integrated in front of the bed. The bed area is above the cab of the truck and looks suited to sleeping two people. The mattress is a very thin upholstered foam pad.

There is a passthrough from the camper into the cabin of the truck located under the mattress. No campers are cheap today; the two units seen in this video are priced at 80,000 euro for the white one and over 90,000 euros for the black one. It’s not clear where the price difference comes in, they appear to be identical. Look at this cool Ford Transit camper van.