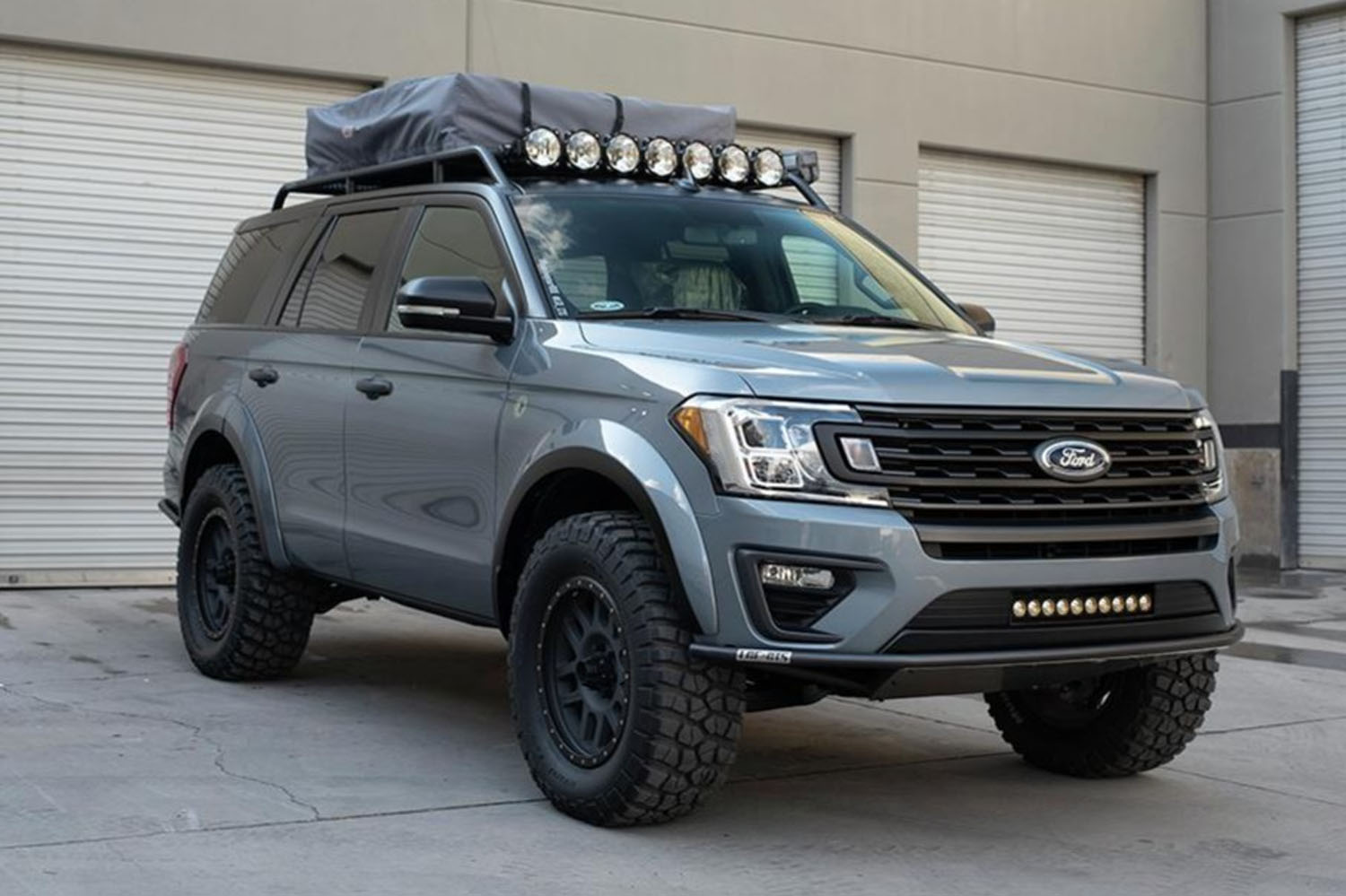 Each year at SEMA, there are some awesome cars, trucks, and SUV builds that we’ve all seen and wanted to own. If you looked at all the Expeditions that were at SEMA 2018 and wished you could take one home, here is your chance. This 2018 Ford Expedition was a SEMA build from the LGE-CTS Motorsports crew and was featured on the cover of the January 2019 issue of Truckin magazine. Before we get into the cool overlanding stuff, the Expedition ahs, let’s get the bad out of the way right up front. This thing looks ready to chew up the trails off-road, but it is a two-wheel-drive throwing a bit of cold water on some sweet overlanding and offroad gear attached to the truck. The 2018 Ford Expedition rolls on an Icon suspension lift with remote-reservoir coilovers, 35-inch BFG Mud Terrain tires, and 20-inch method wheels. It has custom blue metallic paint and wears Raptor fender flares.

The stock 3.5-liter EcoBoost V6 provides power through a 10-speed automatic. The exhaust has been replaced with a Borla cat-back exhaust system. Other features include an ARB rooftop tent and awning, custom seat upholstery, aftermarket audio, and it comes with a copy of the magazine it was featured in. The Expedition has 10,000 miles on the odometer and is on Bring a Trailer for auction with seven days to go as of writing. It’s a good looking truck that is soured somewhat for us by the lack of four-wheel drive, though it will probably go 90% of the places people think of when they say off-roading. The bidding is up to $21,000 as of writing, and it’s unclear if there is a reserve on the auction. There were cool Expeditions at this year’s SEMA show too. 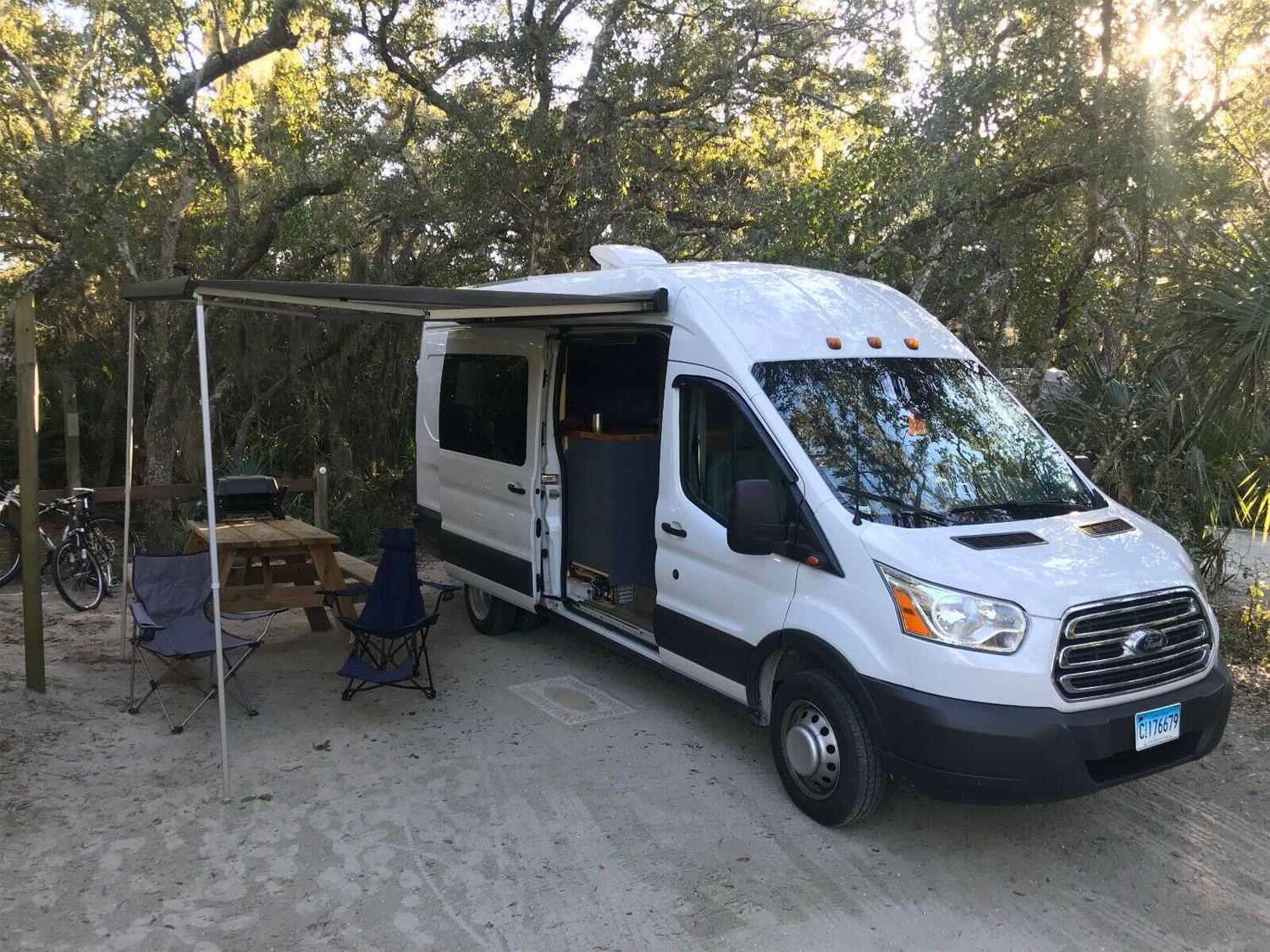 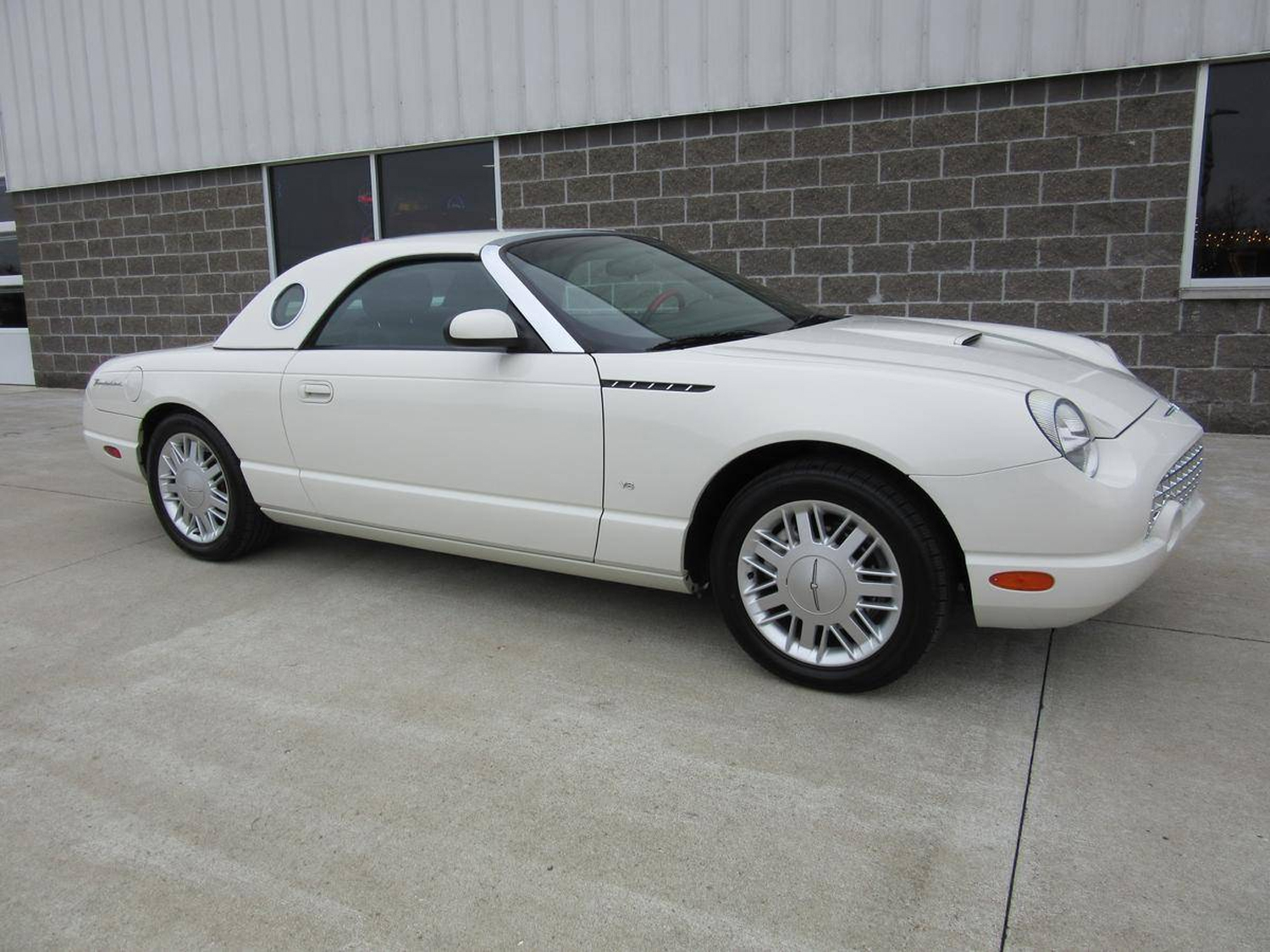